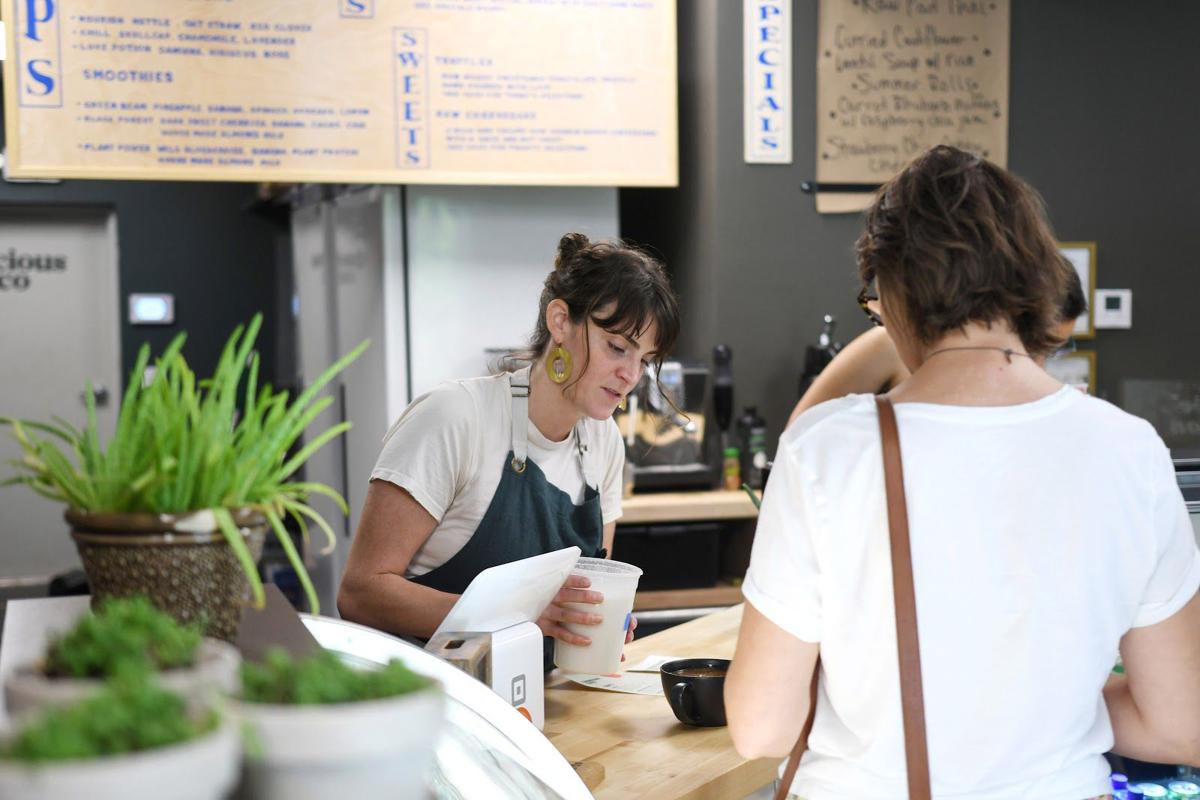 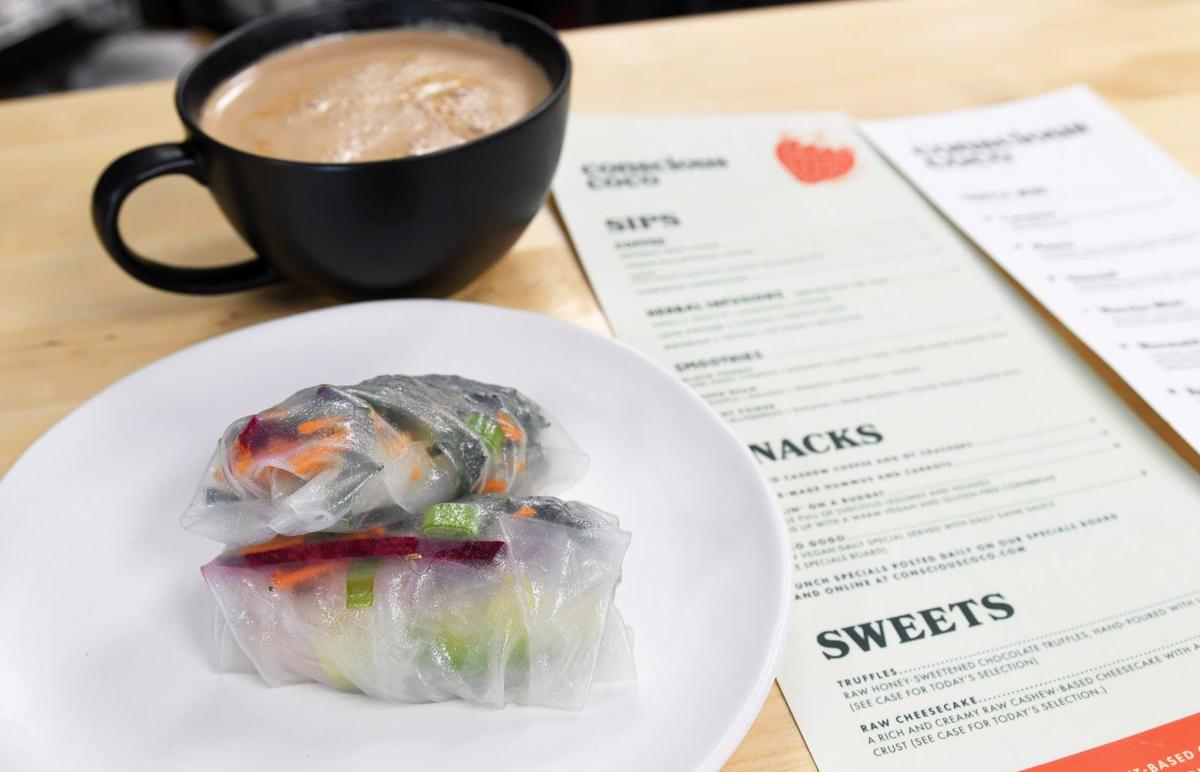 Featured menu items at the Conscious Coco Café on Sept. 19.

Just off the Skull Creek bike trail near Sycamore Street sits the plant-based, vegan cafe Conscious Coco, where the owners’ goal is to appeal to the tastes of everyone from vegans to meat lovers.

In June, co-owners Shayla Holder and Terra Wiseman decided to take their dream of opening a 100% plant-based restaurant and make it a reality. Conscious Coco officially opened Sept. 5.

However, the idea to open the cafe came about gradually over a span of three years, Holder said.

After taking her homemade truffles to a baby shower, Holder was asked to make more in a variety of flavors, and they eventually became popular enough to sell through Instagram, she said.

“After a while I thought, ‘Wow, I’m really doing this all the time. Am I a business owner?’” Holder said.

Cindy Arsaga, owner of Arsaga’s Coffee Roasters, reached out to Holder and encouraged the idea of turning her Instagram business into something bigger, Holder said.

One of the most popular dishes at Conscious Coco is a raw pad thai, made of spiralized zucchini noodles, topped with a rich peanut sauce and garnished with fresh and colorful vegetables.

The vegan chocolate truffles, which are decorated with various colors and toppings depending on the flavor, are rich but not too sweet.

A couple popular flavors include the golden goddess, a turmeric-topped truffle with warm spices that perfectly fits the flavors of fall, and the matcha mint, which hits with a fresh mint and an almost bitter-sweet taste.

The Hemp-Capp, an espresso drink infused with hemp seed, is perfect for those who might not enjoy the bitterness of a regular espresso.

Holder said she and Wiseman are planning to expand on menu options, including CBD-oil infused coffee.

People in the community have given a lot of great feedback for the town’s first fully-vegan cafe, especially those who use the trail, Holder said.

“The trail has been missing a spot where people can rehydrate and eat without stopping at a gas station that doesn’t have any healthy options,” Holder said. “We want to cater to people with active lifestyles.”

The plant-based menu also caters to people who do not actively seek out vegan options.

“People who aren’t vegan are surprised at how much they like our food, especially the herbed cashew cheese, which is one of our most popular dishes,” Holder said.

Despite being the co-owner of Fayetteville’s first fully-vegan restaurant, Holder said she is not vegan, and the desire to create plant-based food came from her battle with having an auto-immune disease.

“I noticed that the more plant-based I ate the better I felt,” Holder said.

A vegan diet consists of no animal meat or byproducts, while a plant-based diet is made up of mostly unprocessed foods that come from plant sources, although animal products can be allowed, according to Piedmont Healthcare.

Holder and Wiseman are not looking to urge people to become vegan, but rather to incorporate more healthy dishes into their life, Holder said.

Alex Kimmell is a staff reporter for The Arkansas Traveler.

Sorry, there are no recent results for popular articles.