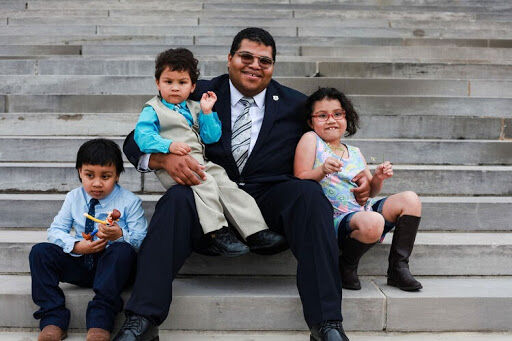 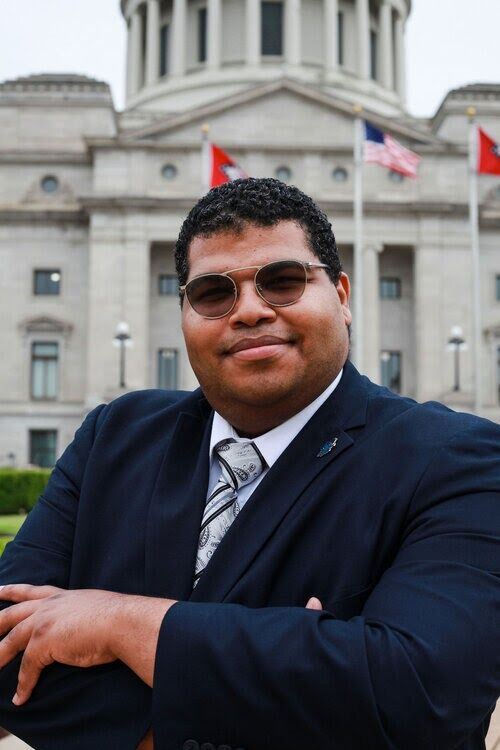 Ricky Dale Harrington Jr., an even-keeled, soft-spoken, Bible-quoting prison chaplain, is not what many would consider a traditional candidate for political office. And yet, he might be the only hope for Arkansans looking to unseat the man once described by The Intercept as America’s most dangerous senator.

Harrington, Arkansas’ Libertarian candidate for U.S. Senate, is the sole person whose name appears on the ballot alongside Republican incumbent Tom Cotton. A Pine Bluff pastor, Harrington has served as a missionary in Scotland, China and elsewhere, and as a chaplain and treatment coordinator at the Arkansas Department of Corrections’ Cummins Unit.

Harrington first considered running against Trump-aligned Cotton after he described the U.S. as having an “under-incarceration problem” in 2016, he said. Harrington’s work with prisoners has shown him the devastating human impact of mass incarceration, and he is passionate about prison reform, he said. However, it was his return to the U.S. after working in China that solidified Harrington’s decision.

“Seeing and experiencing the authoritarian regime that’s in China, then coming back to my home country and seeing those same patterns begin to emerge here, I became disturbed by that and I wanted to run,” Harrington said. “I’m a humanitarian, [Cotton is] an authoritarian, just to put it simply.”

Zachary Lee, a junior and Democrat, was initially on the fence about voting for Harrington, although he knew he would not vote for Cotton, he said. He was disappointed that Cotton did not have a Democratic challenger after Democrat Josh Mahony dropped out of the race just hours after the filing deadline.

“I don’t think, frankly, that there’s a worse politician in America than Tom Cotton, other than maybe Mitch McConnell or Donald Trump,” Lee said.

Lee, who said he originally planned to leave the Senate section of his ballot blank, decided to vote for Harrington after watching his performance at the Oct. 13 Arkansas PBS Senate debate. Cotton did not attend the debate, so Harrington answered moderator questions for the entire hour. Lee said there were many issues on which he and Harrington disagreed, but he thought Harrington seemed to have real integrity.

“It sat well with me,” Lee said. “[Harrington] did a really good job of kind of just showing how he could best help Arkansans. And I know for a fact that he and I would disagree on many economic theories and all sorts of things. But I do believe that he is a good, honest man who wants the best for the state of Arkansas.”

Harrington said he thinks a connection to everyday Arkansans is a critical requirement for a senator, and one which Cotton lacks. As Harrington has traveled throughout Arkansas for campaign events, Cotton has spent much of the campaign season running ads in swing states such as Michigan and Wisconsin, campaigning for Senate candidates in Georgia and Montana, and attending events in Iowa and New Hampshire.

Harrington said his goal, if elected, is to listen to ordinary Arkansans, rather than establishment politicians or lobbyists, on key issues like health care reform. He also wants to embrace cooperation with Senate colleagues, because he sees toxic partisanship as being responsible for gridlock on critical issues such as the COVID-19 response.

“This two-party system that we have right now is so entrenched, it is extremely dangerous to the health of our nation,” Harrington said.

Harrington said he wants to emphasize Christian values, such as compassion and charity, in his governance. His policy stances blend these with Libertarian values, such as deregulation and local government control. For example, Harrington wants to encourage Arkansans to care for each other by wearing face masks, although he does not want to force anyone. He also wants to reform the U.S. immigration system by ending family separation, expanding immigration courts, codifying DACA, and deputizing local government officials to process backlogged visa and asylum applications.

Abigail Davidson, a freshman and Democrat who voted for Harrington, said she was surprised she aligned with him on several issues. Like Lee, she disagrees with him more than she agrees, but she affirms his supportive stances on prison reform and the Black Lives Matter movement. She is also glad to have had an option she sees as a polar opposite to “racist, sexist and homophobic” Cotton.

“I never saw myself voting for a Libertarian because I always thought they were really conservative,” Davidson said. “But they’re like the party of freedom in all realms, and I feel like I actually see [Harrington] being authentically that way, instead of just using it as another conservative party.”

As Election Day approaches, Harrington hopes to convince Democrats, Republicans and others who are tired of Cotton to see him as a viable alternative. He considers himself a firm Constitutionalist, something he thinks many Republicans support, and thinks Democrats can get behind his passion for social justice.

Harrington, who is projected to outperform all other 2020 Libertarian Party candidates, said even if he loses, he is grateful to have started a conversation on the nuances of Libertarianism and the value of third parties.