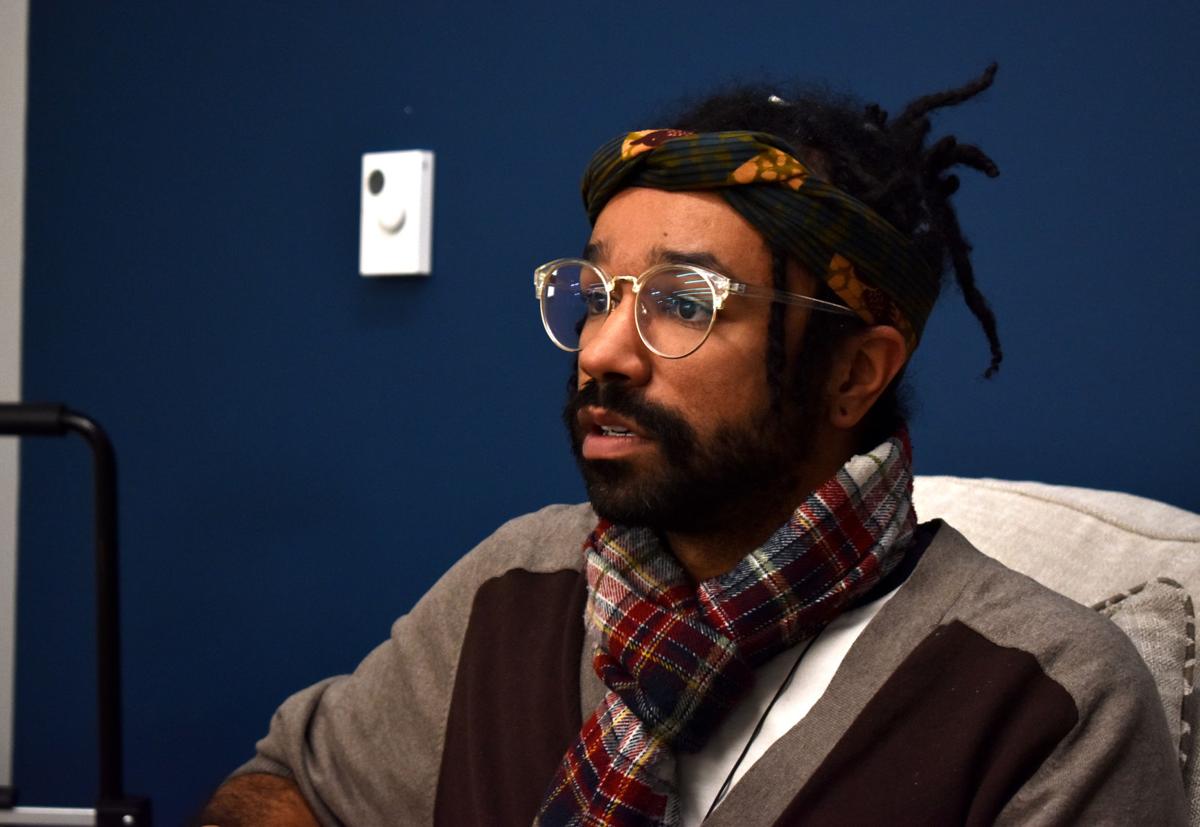 Artist Cory Perry talks about their work in their “Consuming Culture” exhibit Nov. 12. 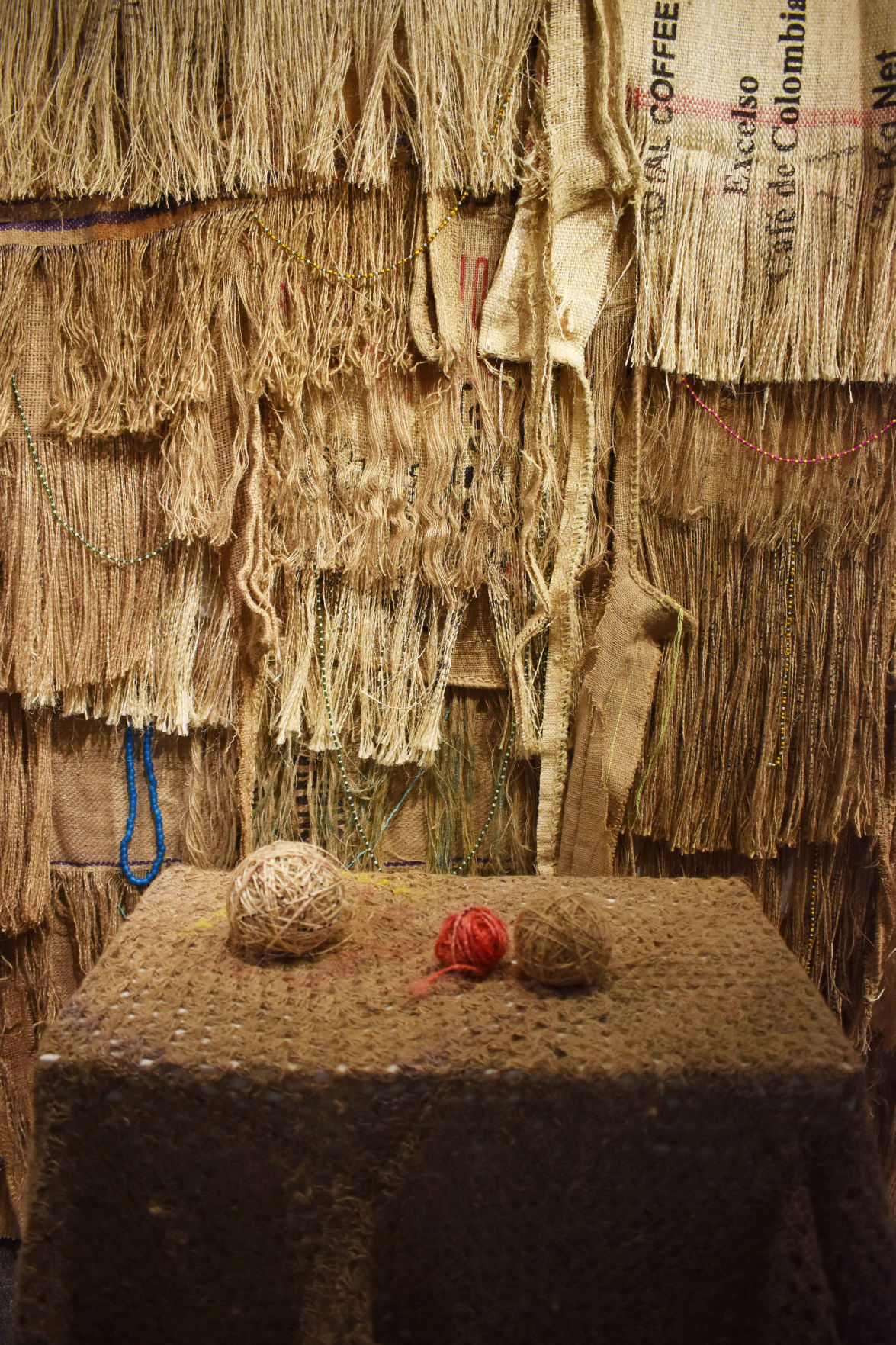 Artist Cory Perry talks about their work in their “Consuming Culture” exhibit Nov. 12.

One artist and UA alumnus’s artwork is on display at the Fenix Gallery in Fayetteville through November in an exhibit called “Consuming Culture.”

NWA-based artist Cory Perry, who uses gender-neutral pronouns, uses various mediums for their work, including multimedia works and a piece made of jute sacks, which are made of vegetable fibers that Perry has deconstructed and crocheted to be representative of their life.

Perry received the 2019 Windgate Foundation grant, which allowed them to travel to Ghana to research for their work and meet several local artists.

“I consider the object’s history in context to my own history,” Perry said.

Perry’s work is the result of many years of research, specifically of African American culture and crafting techniques.

“One part is the work I actually put into the exhibition and the second part is the exhibition as a whole, because I also curated the exhibition,” Perry said. “What that means is that I made the work based off my research of traditional crafting techniques in Ghana … and I kind of put that in context to my identity as a queer African American.”

Perry said their work delves into the journey of finding their identity as a queer African-American person, specifically how they feel in oppressive hegemonic spaces, which are dominant social structures that include various constructs.

“I’m on this train of understanding African American culture in context of the African diaspora, and also Africa at large and I sort of stumbled on this topic of existing in hegemonic spaces,” Perry said.

Using his art to inspire people gives him a sense of purpose, Perry said.

“I’m getting more of these opportunities … so much in a way to where I can also include other people whose voices aren’t usually heard,” Perry said.

For their next work, Perry is researching code switching, or changing behavior and speech to avoid being viewed as aggressive, they said.

“Everybody code switches, you know, going to work versus when you’re at home, or at a job interview, but … to what extent does it become damaging to an individual’s identity, their actual self?” Perry said.

Perry thinks that African American men are automatically seen as aggressive, so they have to code switch often, they said.

“It’s like if you’re under this constant pressure of not being able to be you, you lose yourself,” Perry said.

The “Consuming Culture” exhibit will be open until Nov. 30 and will also feature the work of photographer Ashley Kaye and painter Veronica Huff.