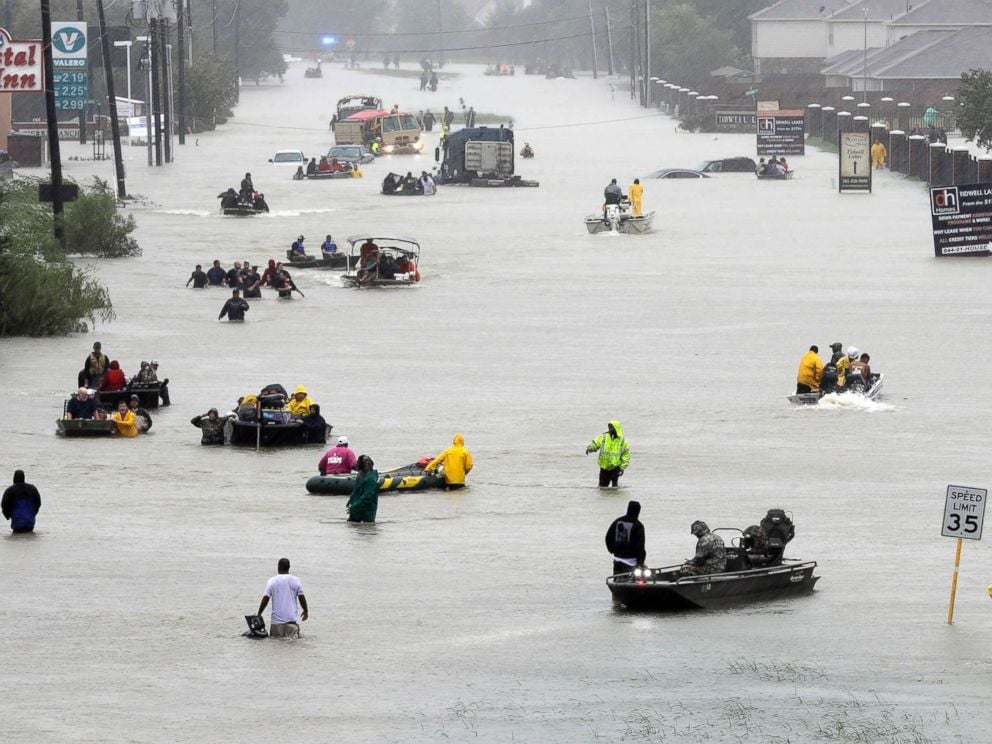 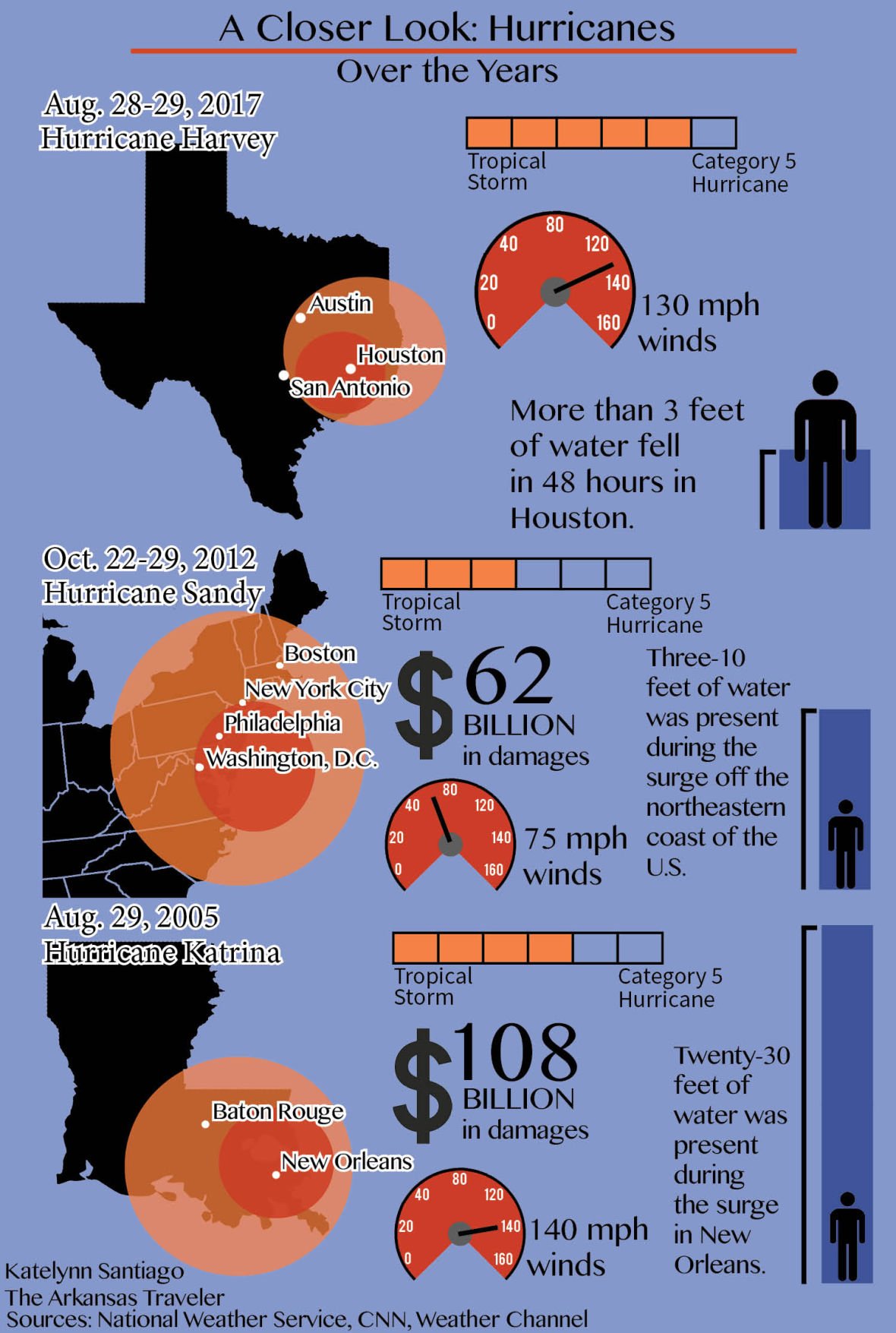 UA students from Houston evaded Hurricane Harvey, but some of their friends and families could not avoid the destruction it caused.

Hurricane Harvey, which reached Texas on Friday night as a Category 4 hurricane, is the most powerful storm to strike the United States in more than a decade, according to the Associated Press.

But the impact of the storm extends beyond Texas and reaches UA students. There are 353 undergraduate students from the Southeast Texas area that have been affected by the hurricane and roughly 5,000 students from Texas at the UofA, said Scott Flanagin, director of communications for Student Affairs. He is not sure how many graduate students are from the affected areas.

Graduate student and last year’s Graduate Student Congress speaker Scout Johnson lived in Houston from 1956-1974 and 2004-2013 before she came to UofA to attend graduate school. So far, everyone in Houston that she has been able to contact is safe, she said.

After Johnson did not receive responses from some friends, she found from news reports that they lived in areas without power. Johnson does not think anyone has passed away or been injured, but she is still concerned, she said.

Most of Johnson’s friends chose to stay put because they feel safe in their homes, she said.

“But some of them are in a situation where, you know, maybe their home’s not flooded yet, but they can’t leave their neighborhoods because the roads are starting to flood or have flooded,” Johnson said.

Johnson’s friends are spread out across the Houston area, and though their situations differ, they are united by a common theme of a shock, Johnson said.

“I was born and grew up in Houston,” Johnson said. “We know it was built on a marsh. We know about the bayous. We know it floods. We know all those things, but it is flooding in places that it has never flooded before. Even in the places where it has flooded, it’s on a scale that nobody’s ever seen before.”

Junior Aubry Tucker, whose family lives in Houston, agrees and said she cannot wrap her head around how much water has accumulated.

“Even seeing all these photos is really jarring for me because I know the area so well,” Tucker said.

People might have underestimated the Weather Channels’ reports and expected less from Harvey, but most people were prepared. City officials, weather experts and other residents did a good job preparing citizens for the storm, Tucker said.

“People wanted to stay because it’s going to be hard to get back into the city as well,” Tucker said. “Maybe they thought they could just wait it out. It was really talked up on the news to be this horrible, horrible thing. And then it really lived up to that.”

Even though most of her family and friends are stranded in their homes, they have plenty of food and water, Tucker said. “Everyone’s holding on, and I think that’s amazing,” Tucker said. “It makes me really proud.”

Senior Lindsay Barnhill’s family lives in Houston, and her parents did not want to evacuate, she said.

Barnhill’s mom is a teacher, so she couldn’t leave because she has to report to work, she said.

“She’s got to be there whenever the first day of school is, and so if that’s next Tuesday, like they were saying, where are they going to go for a week and then come back?” Barnhill said.

Barnhill’s house has not been affected by the hurricane because it is on a higher elevation, but her backyard is completely flooded, she said.

Mental health clinicians with Counseling and Psychological Services at the Pat Walker Health Center are available to talk with students experiencing stress, and the university will be reaching out to the students who are directly impacted by the storm, Flanagin said.

Officials at the Center for Community Engagement is also planning trips for UA students to help victims of the storm, Flanagin said. The center is working to schedule service trips during Fall, Thanksgiving and Winter Break that students can sign up for.

“Were trying to be a supporting a community and help students out however we can,” Flanagin said.