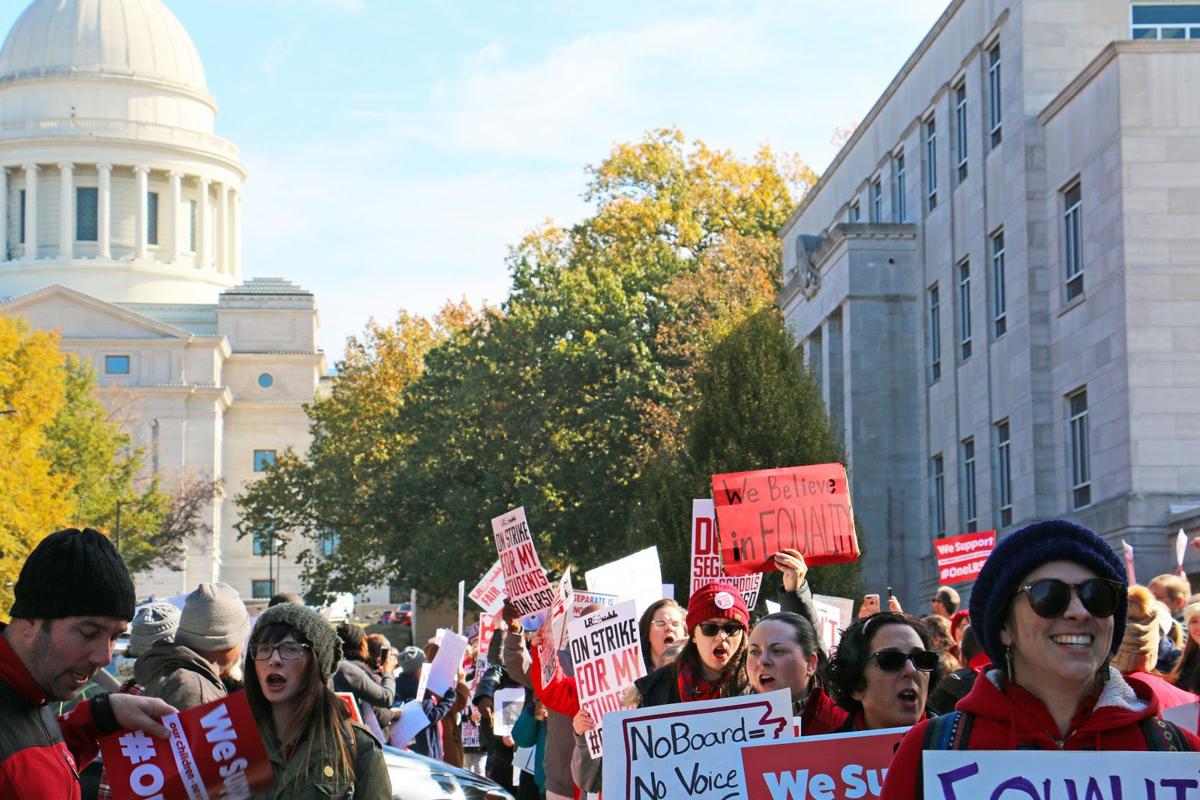 Protesters march outside the state Capitol on Nov. 14 during the LREA One-day Strike. 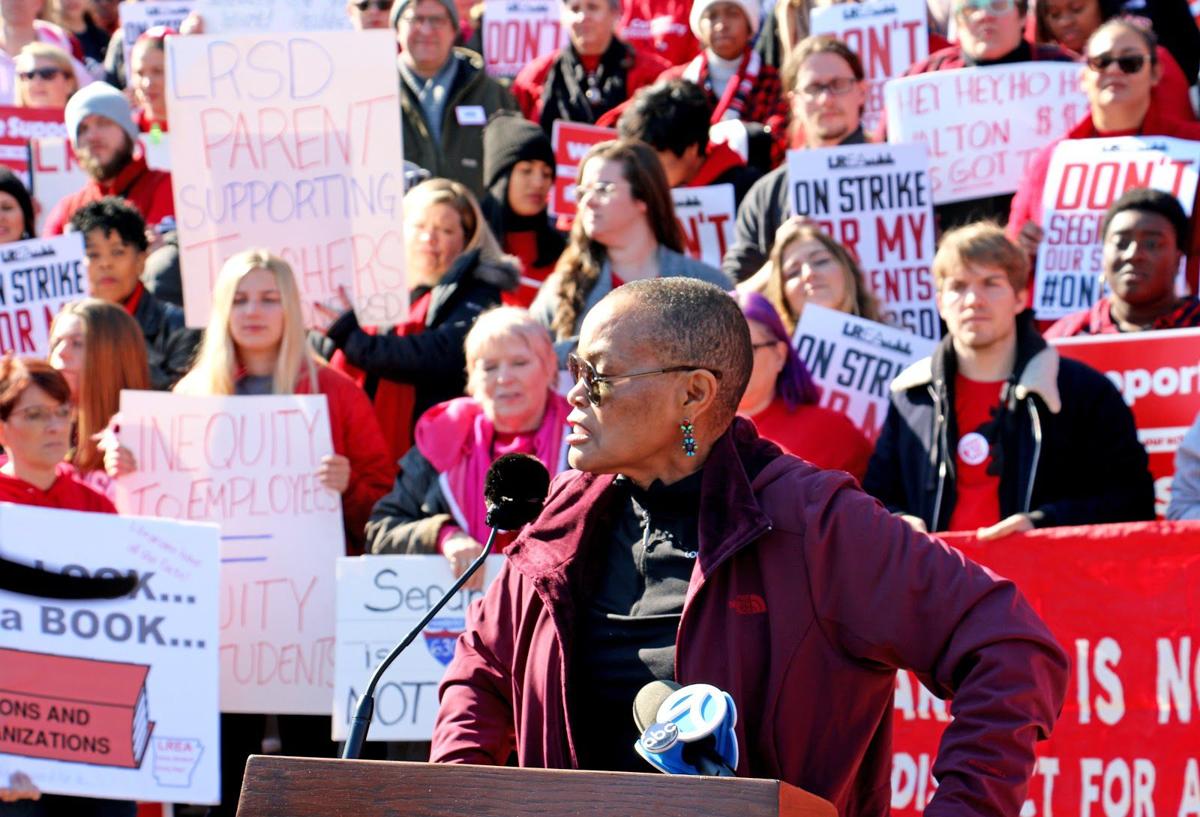 Arkansas Sen. Joyce Elliott (D) gives a speech Nov. 14 on the steps of the Capitol during the  LREA One-day Strike.

On Nov. 22, Michael Poore, superintendent of Little Rock Public Schools, announced in a video posted on the LRSD Facebook that K-8 LRSD division would be halted for further consideration because of public backlash.

“With so much going on and the community being raw with all the different aspects of considering a move back to local control, maybe it would be a good thing to delay this for a year and allow the new local board to tackle it,” Poore said.

LRSD board members are looking for feedback concerning the division of the districts, Poore said. The community had an opportunity to voice their concerns with the district division during meetings held at schools such as Parkview Arts and Science Magnet High School on Dec. 2.

The LREA president, Teresa Gordon, demanded that the Little Rock School Board be under local control immediately during the LREA One-day Strike on Nov. 14.

“We will not stand for continued state control in our district,” Gordon said, “It is time for (the SBE) to go. (The SBE) has failed our students.”

Diane Zook, chairwoman of the Arkansas State Board of Education, said the rezoning of high schools in the LRSD is continuing, and the SBE suggested at a board meeting that the LRSD release a rezoned map by the end of the year. By having the official rezoned blueprint done by the end of the year, parents would have enough time to enroll their children in a school within their zone, Zook said.

“If they don't want them to go to their assigned high school, they have time to get into the lottery for eStem, Lisa or one of the other charter schools,” Zook said.

Poore wants the Little Rock community to know that the LRSD proposal is still a work in progress, he said.

“There are pluses and minuses virtually with every single thing, but that is always the case when you talk about school boundaries,” Poore said.

Woods thinks claims from the Little Rock Educators Association that the rezoning of the LRSD would be resegregation in Little Rock are not based on fact and are “inflammatory language intentionally used to divide people,” he said.

“I have seen nothing that suggests resegregation and I am frustrated with a lack of substance behind that claim,” Wood said.

Wood thinks that statements like these are divisive, sparking unnecessary backlash against the required rezoning of high schools in the LRSD.

However, Arkansas Senator Joyce Elliott (D) thinks the SBE is criticizing the LREA because they are taking a stand.

“(The SBE) would have you think you are the worst people in the world because you do not sit down and lie down and roll over when they tell you to,” Elliott said in a speech during the LREA One-day Strike.

Though the majority of high schools in the LRSD that were in academic distress, based off of attendance and academic performance, have a large population of minority students, all rezoning issues were made based on academic achievement, Zook said. Zook also wants to dispel the perception that Interstate 630 was used as a border for zones due to the belief that it was used to segregate Little Rock.

Wood says local control could be returned in 2020 after the SBE five-year intervention period has expired if the LRSD is no longer considered to be in academic distress. However, the factors that categorize schools being in academic distress are often changing across the state, he said.

“I don't want there to be a different standard for Little Rock than there is for anywhere else,” Wood said, “I want kids here to get an amazing education and the accountability for that comes from the state level,”

However, LREA member Kelly Pedro said the factors used to determine if a school is in academic distress do not properly represent a school’s performance and growth.

“(The members of the SBE) that come up with the control and support systems do not have the student’s best interest at heart,” Pedro said.

“I want to do everything I can to get the educational level in Little Rock high enough to meet the state standards so that this district can returned to local control as soon as possible,” Wood said.