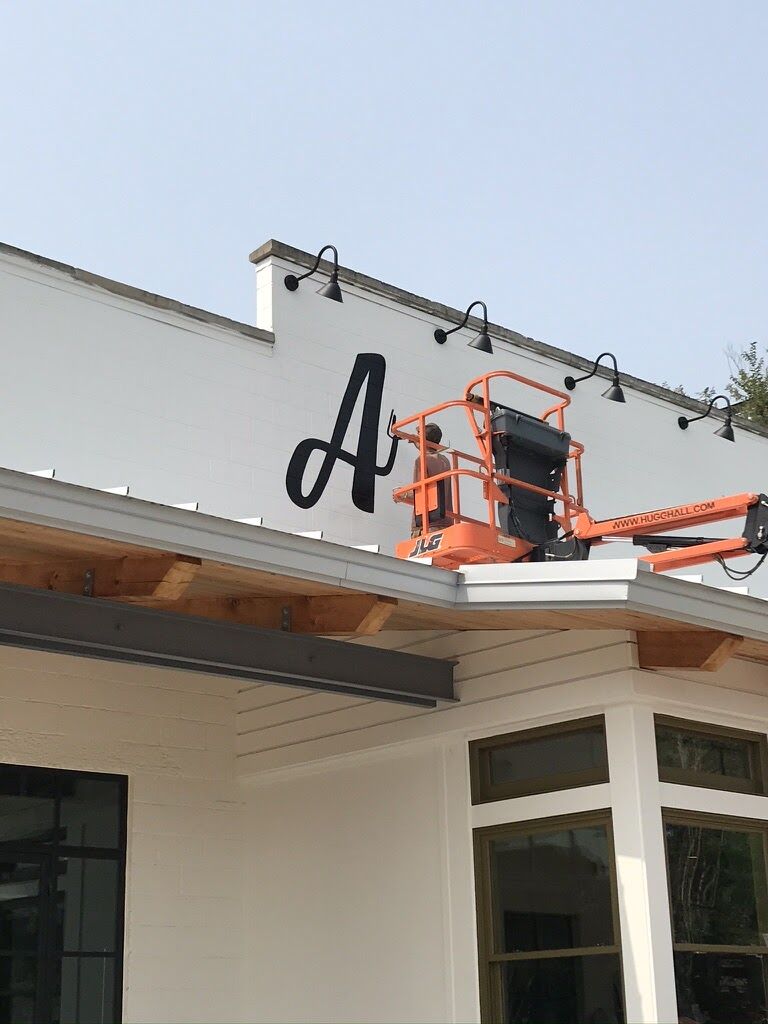 Joe Alexander hand paints lettering on the new building in the Mill District. Alexander has painted the letters on many Arsaga's locations, including their first location, which opened in 1992. // Drew Watson 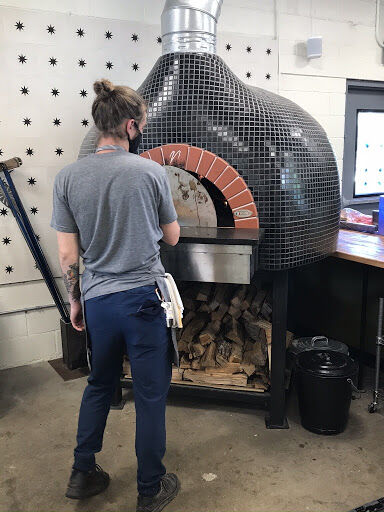 Ebin Bland tends to the wood-fired oven. The oven will be used for dishes like Muffuletta and a sweet potato ciabatta "pizza" at the new location. // Drew Watson

Joe Alexander hand paints lettering on the new building in the Mill District. Alexander has painted the letters on many Arsaga's locations, including their first location, which opened in 1992. // Drew Watson

Ebin Bland tends to the wood-fired oven. The oven will be used for dishes like Muffuletta and a sweet potato ciabatta "pizza" at the new location. // Drew Watson

Arsaga’s Coffee Roasters plans to open a new location in Fayetteville’s Mill District in October, while city council members have yet to determine the future of the lot that previously housed their restaurant.

Arsaga’s owners Cary and Cindy Arsaga bought the new location on South School Avenue more than two years ago with the goal of opening in July 2018. Setbacks like the installation of a costly fire-suppression system pushed the opening date much further back, Cary Arsaga said.

“To me, it’s sort of a sculpture,” Arsaga said, looking at the system’s sizable configuration of pipes and gauges near the front entrance. “I might even put a price tag on it!”

But now, the owners say the restaurant will open Thursday, Oct. 1. Customers can order from the kitchen’s new menu for curbside pick-up from 7 a.m. to 7 p.m. daily, except on Wednesdays.

Arsaga said the restaurant’s management is postponing the introduction of dine-in service to help keep patrons and staff safe during the COVID-19 pandemic.

Fayetteville City Council members have yet to decide whether to convert Fayetteville’s train depot lot, which housed the business for more than eight years, into replacement parking for the upcoming cultural arts corridor, according to the City of Fayetteville.

The Arsagas do not own the building and their lease is not up until the end of 2021, but Arsaga said he is prepared for construction of the lot, which would begin in January, and does not plan on reopening for food service there. If the lot is chosen for construction, their landlord would buy the rest of their lease, but until then, they will serve snow cones, coffee and beer out of the depot.

“I love the building,” he said, “but it’s just too much to try and reopen now.”

Ebin Bland, a manager at Arsaga’s, said the kitchen at the new location is better equipped for fast-paced food service than the depot was.

“It’s going to be interesting to see what this place can do,” Bland said, “it’s going to have more of a sit-down-restaurant kind of feel to it.”

The open kitchen is outfitted with a wood-fired oven that is easily visible from the front entrance. The new menu includes vegan dishes, like a marinated eggplant sandwich and shiitake fries, and non-vegan options, including thin and crispy burgers and fried chicken po’boys. The location will also have a cocktail bar where customers can also get appetizers.

Emily Ervin, a longtime patron of Arsaga’s, said many of her closest friendships started at the family’s coffee houses that have served Fayetteville since their first location opened in 1992. While she said she is sad to see the depot location go, she does not think the Arsaga family will have a hard time creating a similar atmosphere in the new location.

“People are going to come because they like the Arsaga’s,” Ervin said. “You know, they’ve been here a long time and people will come, wherever it is.”

When the restaurant was closed for months due to the pandemic, Arsaga developed an idea to sell snow cones out of the location as an homage to his native New Orleans, where snow cones originated. Customers can order and enjoy their snow cones at the bike trail entrance of the depot building.

As for the new location, Cary and Cindy Arsaga will continue to make their rounds. Although they do not know when customers will be able to dine in the restaurant, they hope to ensure it fits the Arsaga’s framework that has made them a fixture in Fayetteville for so long.