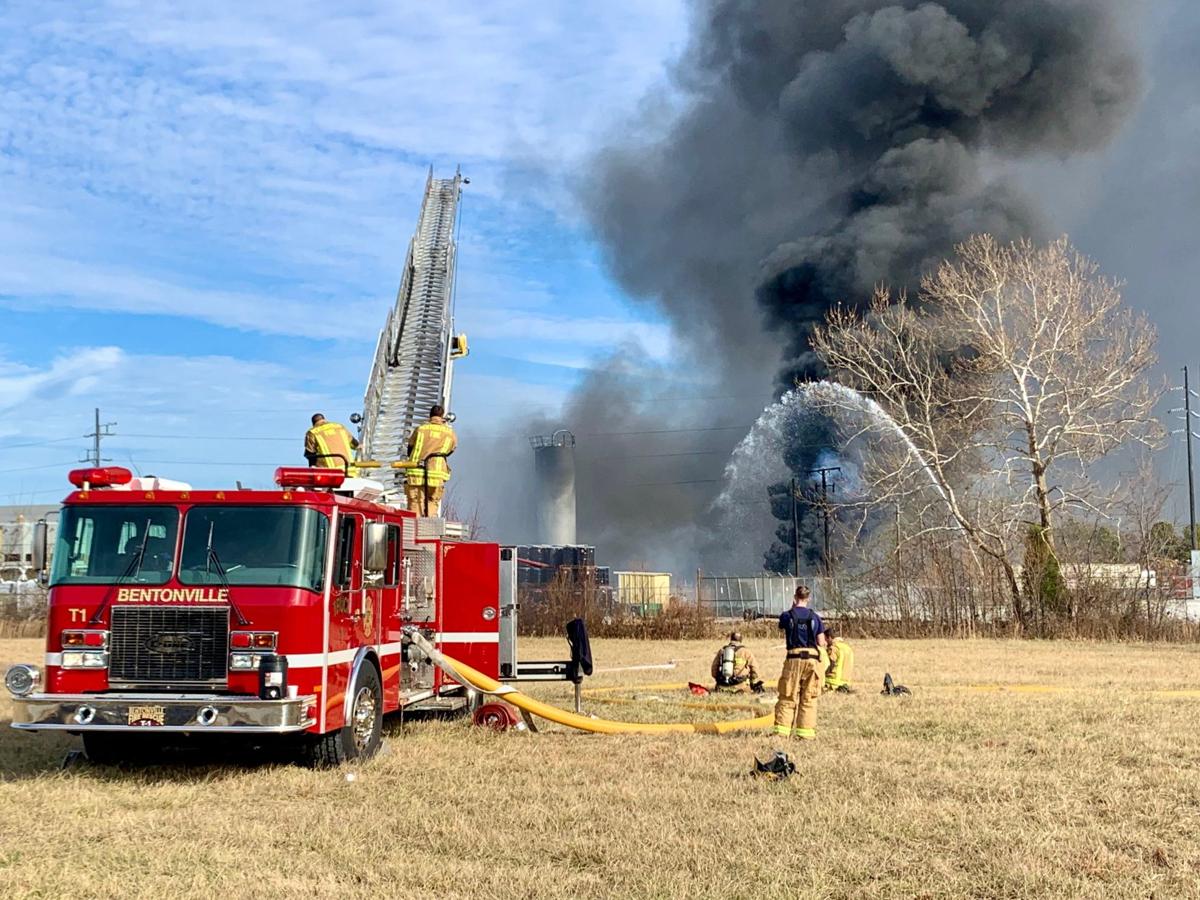 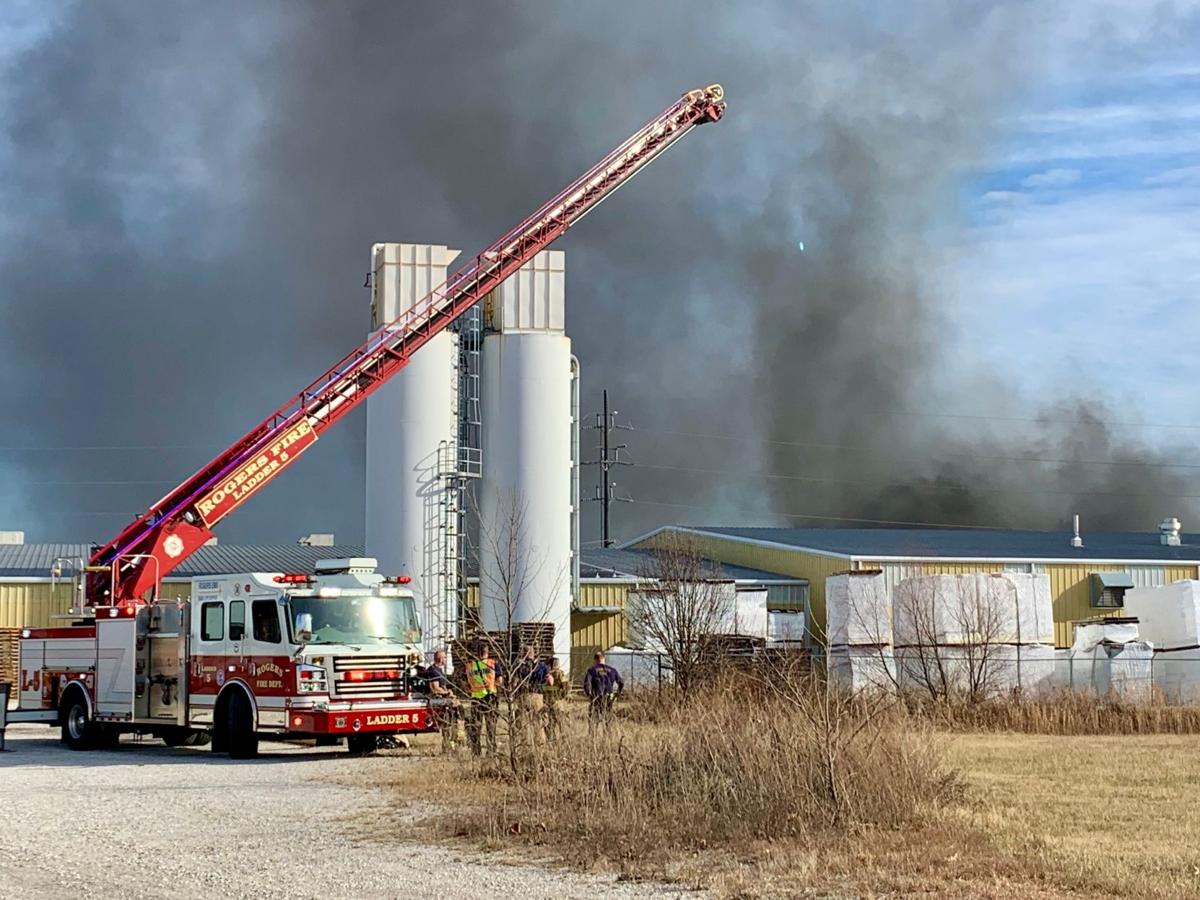 BENTONVILLE, Ark. — Smoke from the fire has decreased significantly, and a crowd watching from across the street has dispersed. A Bentonville Police Department officer is directing traffic at the intersection of East Central Avenue and Martin Luther King Jr. Parkway. Workers have begun repairing the power line at the intersection.

Bentonville Police Department officers have blocked off the entrance to Martin Luther King Parkway at the intersection of East Central Avenue. Smoke is still coming from the fire, but firefighters are loading hoses back into their fire trucks.

Bentonville emergency officials are responding to a massive industrial fire at the United Industries foam manufacturing plant on Central Avenue.

The fire is under control, with no evacuations or injuries reported at this time, Centerton Mayor Bill Edwards wrote in a Facebook post. Nearby roadways will remain closed for emergency personnel.

Officials have not confirmed the source of the fire, and no injuries have been reported at this time.

Fire crews from Rogers, Centerton and Bella Vista have joined the Bentonville Fire Department in fighting the fire, Arkansas Rep. Steve Womack wrote in a Tweet.

Rogers firefighters were dispatched to the scene at 11:57 a.m., according to Rogers Fire Department dispatch records on PulsePoint.

This is an ongoing report. The Arkansas Traveler will add updates as information is made available.