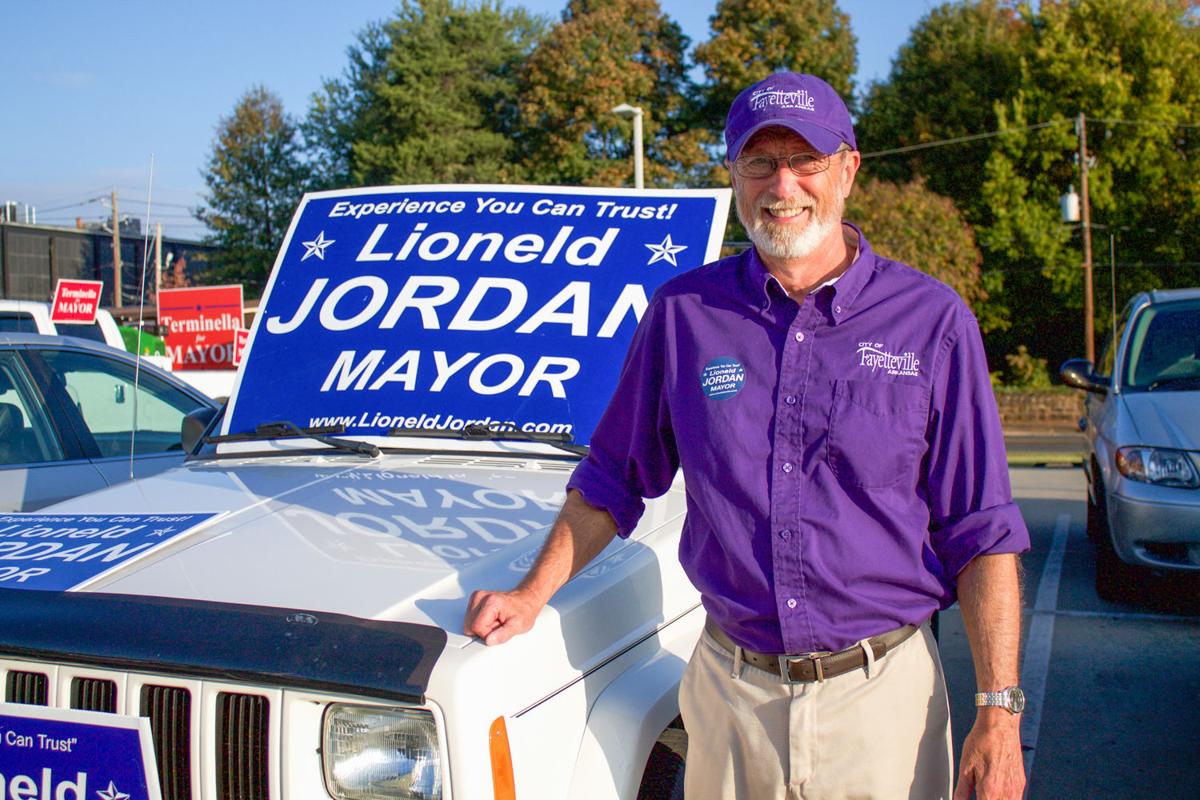 Mayor Lioneld Jordan poses outside at the Washington County Courthouse on Oct. 2. Jordan is running against two candidates in the mayoral race. 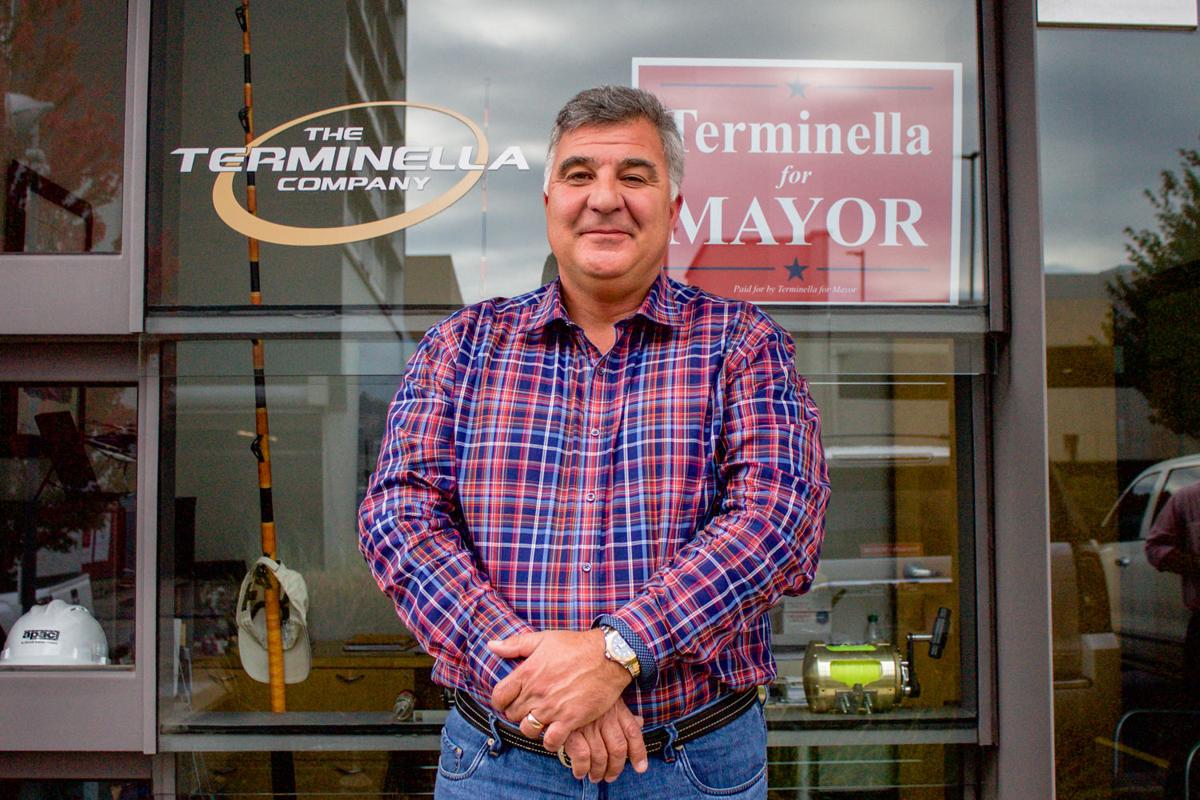 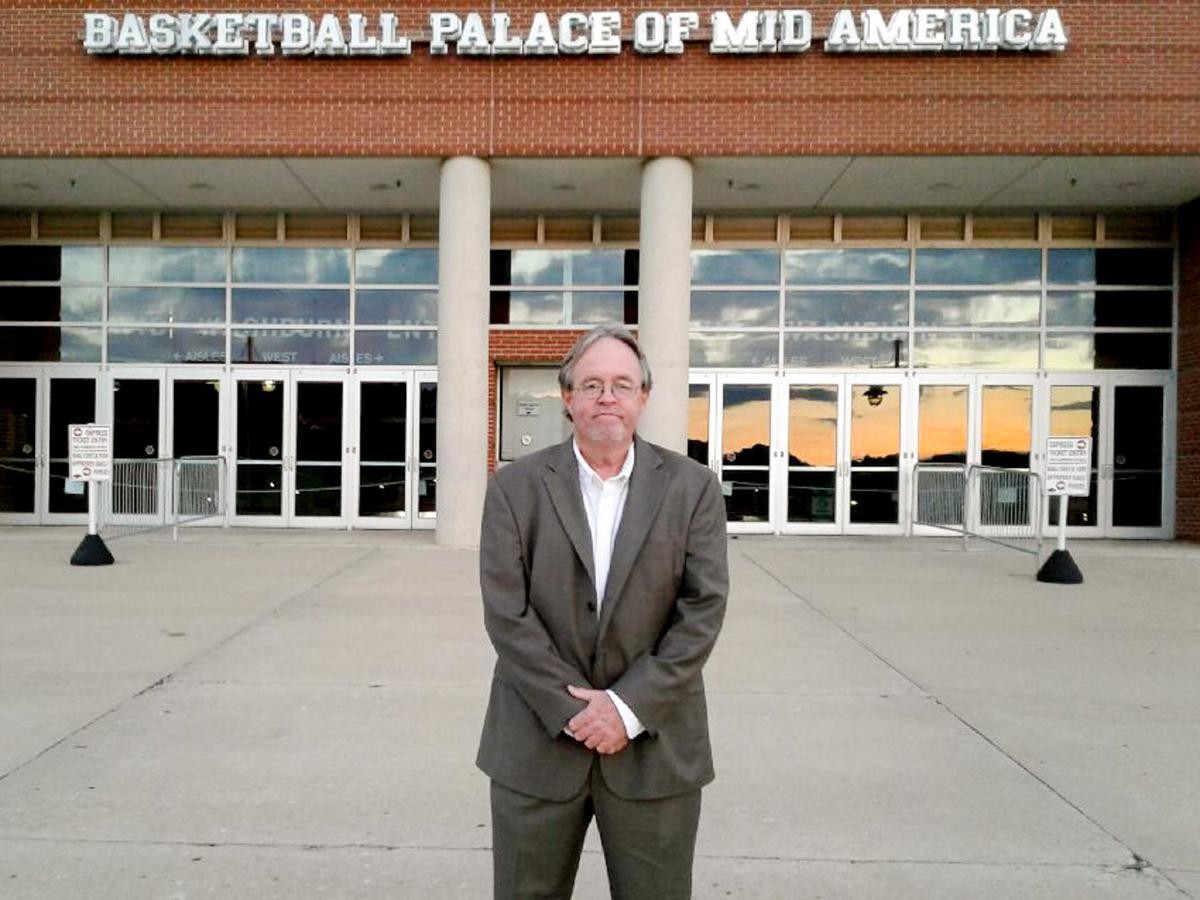 Mayoral candidate Ron Baucom poses outside of Bud Walton Arena on Oct. 26. Baucom graduated from the UofA with a degree in accounting and finance.

Mayor Lioneld Jordan poses outside at the Washington County Courthouse on Oct. 2. Jordan is running against two candidates in the mayoral race.

Mayoral candidate Ron Baucom poses outside of Bud Walton Arena on Oct. 26. Baucom graduated from the UofA with a degree in accounting and finance.

Those running for office include the Mayor Lioneld Jordan, Tom Terminella and Ron Baucom.

The Fayetteville High School Young Democrats and Young Republicans, along with the UofA College Republicans will be hosting a debate between Jordan and Terminella at 7 p.m. today.

Ryann Alonso, junior and former president of the Young Democrats, said Jordan should be able to continue the work he has been doing in a third term, she said.

“Mayor Jordan is really not a partisan person. He's just dedicated to the people and infrastructure of Fayetteville,” Alonso said.

Under Jordan’s tenure, Fayetteville has been ranked the third-best place to live in the U.S., according to the U.S. News & World Report in March of 2016.

Alonso and the Young Democrats have volunteered their time to campaign for Jordan.

“I'm campaigning for Mayor Jordan because I believe his consistency and dedication to this city is unmatched,” Alonso said.

For Sydney Combs, a senior and the College Republicans president, Terminella is the candidate that will give a voice back to the conservative voters.

“Fayetteville is a unique city, but it seems that people that are not more liberal-minded can be marginalized here,” Combs said. “I know Mr. Terminella does not have political experience, but the ideas he is promoting are really encouraging to me.”

Combs and the College Republicans have done what they can to promote Terminella in the upcoming election.

“We will be hosting a debate with him and Mayor Jordan, and some of our members will be holding signs on election day,” Combs said.

Jordan said he hopes to be able to continue the work he has been doing if he wins a third term.

During Jordan’s time in office, 21 miles of sidewalks in the city and 22 miles of trails have been built, along with about 80 miles of resurfaced and new roads, he said. A new parking deck in the downtown area has also been built, and two historic bridges have been restored, Jordan said. Fayetteville is the first city in the state to pass a Streamside Protection Ordinance, which is a measure that limits specific activities within 50 feet of local streams, so that harmful nutrients will be prevented from entering the waterways, and about 400 acres at Kesler Mountain have also been preserved, Jordan said.

For sustained character, Terminella said that there should be more of a fight to preserve historic buildings, so that Fayetteville can keep its small town feel, which makes it so special.

Terminella also has a plan to fix the traffic issue in downtown Fayetteville, he said.

“We need to be expanding the roads and filling in potholes, not making the roads more narrow,” he said. “We need to be building trails to connect neighborhoods and parks and different areas of town, not just building a north and south corridor. Let's get a trail system that works for the whole city.”

Baucom has watched areas of the city grow and develop but for the benefit of a few, he said.

“We need to be better stewards of the taxpayers’ dollars,” Baucom said. “We need to take the city efforts and recommendations and do the proper analysis, prioritization, resourcing and make the tough decisions on what can be done.”

Because Baucom is running a low-budget campaign, he depends mostly on personal interactions and social media, Baucom said.

“I have had the greatest opportunity to meet people I never would have met,” Baucom said. “It has given me a renewed energy for engagement with my community and for making changes for the whole community.”

Baucom hopes to bring changes that will move Fayetteville forward, he said.

Editor's Note: A previous version of this article was uploaded incorrectly. The text previously belonged to "Incumbent Republican Competes Against Libertarian Candidate in the House of Representatives Race." It has been corrected.