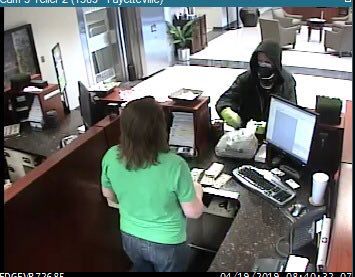 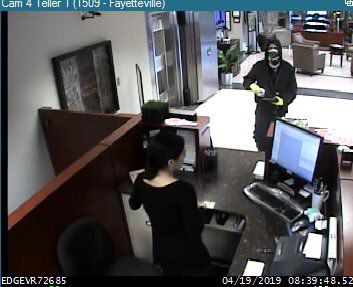 Varnell was previously arrested June 13, 2017, in Fayetteville on charges of aggravated assault and theft by receiving, according to an article in the Northwest Arkansas Democrat-Gazette. He was also arrested Nov. 25 of the same year on a charge of failing to appear in court.

Police are searching for a suspect in an armed robbery that happened at 8:42 a.m. Friday at Centennial Bank on Martin Luther King Jr. Boulevard, a Fayetteville Police Department sergeant said.

The suspect, a white male believed to be in his twenties, fled out the back of the building on foot to the west, Sgt. Anthony Murphy said. The man is approximately 6 feet tall and 120 pounds. He was armed with a black handgun and wearing a black jacket and blue pants with a blue stripe.

The suspect is considered armed and dangerous, but is not a threat to the public, Murphy said. People should call the police if they see him.

“Bank employees followed protocol and gave the man what he wanted,” Murphy said.

The police department cannot disclose how much money the man took, Murphy said.

FPD also responded to a robbery at Centennial Bank on Dec. 7, 2018.