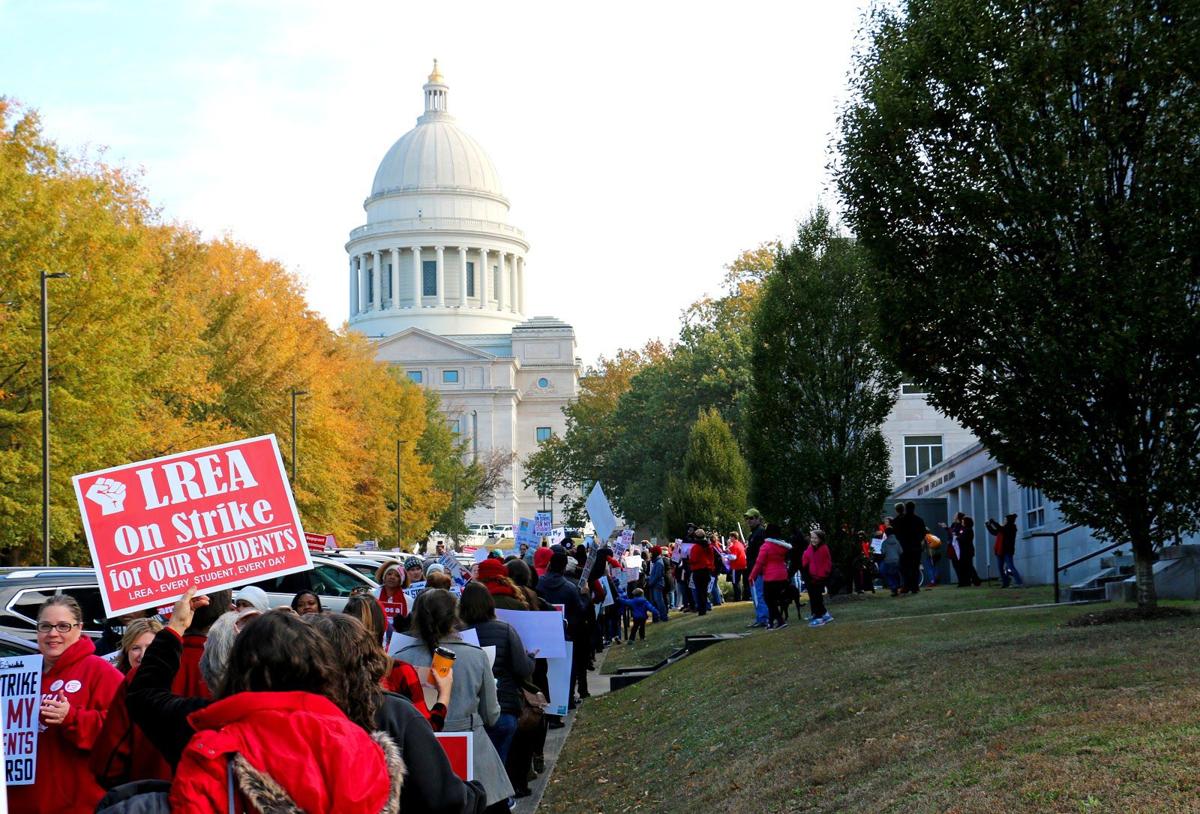 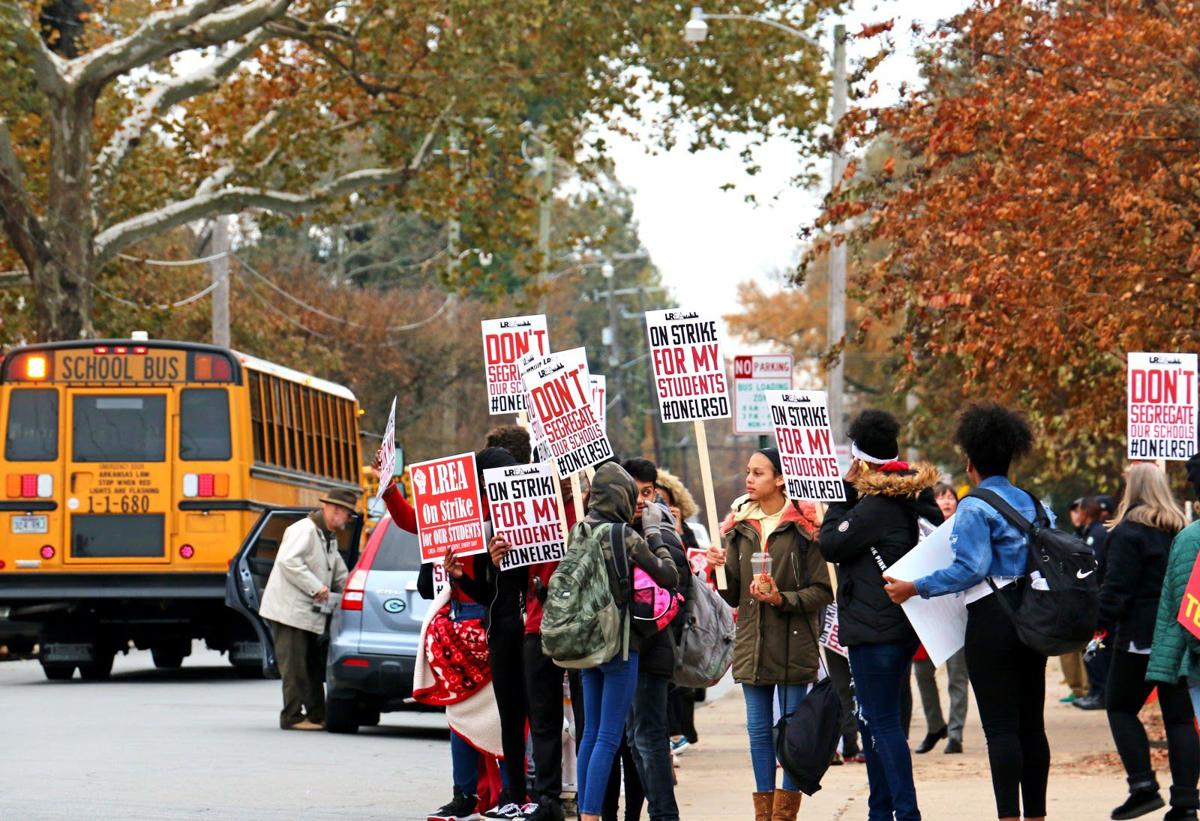 Students join the picket line outside of Little Rock Central High School on Nov. 14 during the LREA One-day Strike.

LITTLE ROCK, Ark. — Hundreds gathered outside the Arkansas State Capitol on Thursday morning to protest a proposal to divide the Little Rock School District (LRSD), which some fear might result in a resegregated district.

The proposed LRSD division would break the district in three: the Pinnacle View district in West Little Rock, the Central district encompassing all areas north of Interstate 630 and the Southwest district encompassing all areas south of the interstate. The districts are determined by academic growth, attendance and graduation rates at schools in the area, as measured by the ESSA School Index.

Little Rock Education Association (LREA) and LRSD members linked arms with parents and students at 7 a.m., forming multiple picket lines outside of public schools in Little Rock. Protesters moved to the State Capitol at 10 a.m., where the State Board of Education’s members met with members of the LREA to address concerns about their Oct. 19 proposal to divide the school district.

This is the first time LRSD teachers have been on strike since 1987, when they rallied for higher wages.

Some protesters’ issues with the proposed LRSD division arise from concerns about Interstate 630, which runs from West Little Rock to downtown Little Rock and serves as the divider between the districts in the proposal.

UA graduate student Airic Hughes presented his research on the interstate’s effects on Little Rock from 1948 until 1989, especially the effects it had on segregation in areas North and South of the interstate, at David W. Mullins Library on Nov. 7.

Hughes’s research showed the majority of the white population in Little Rock moved to West Little Rock after the interstate was developed in 1976, leading to a modern-day segregation that has Hughes and others concerned.

“In addition to displacing large portions of Little Rock’s black communities, the interstate was and is still criticized for creating divisions,” Hughes said.

The division caused by the interstate remains a big concern for members of LREA, like Teresa Gordon, a 23-year LRSD teacher and LREA president, who thinks the division of the LRSD would continue the segregation caused by Interstate 630.

Gordon said she thinks going through with the proposed divisions of the LRSD would only weaken educators’ control over the local school board, which has been controlled by state officials since 2015.The division would isolate the Southwest district South of interstate 630.

Arkansas Commissioner of Education Johnny Key thinks the LRSD division would allow teachers to focus more on their schools and is necessary to return the State Board of Education to local control, he said.

The SBE released an in-depth explanation on Nov. 15 of the LRSD division which outlines what changes will be made in the LRSD based off of attendance of all elementary, middle and high schools in the district. The explanation on the LRSD website also offers a link where the public can leave feedback.

For strikers like Leron McAdoo, a college readiness and art teacher at Central High School, the proposal to break up the LRSD would mirror former Arkansas Gov. Orval Faubus’ decision to use the Arkansas National Guard to block nine black students from entering Central High in 1957, McAdoo said.

“Separate is not equal,” McAdoo said, “The school district is a whole, and anything counter to that is racist, separatist and segregationist.”

So proud and appreciative of all the teachers and staff in the LRSD who were in the classroom today teaching & serving the students. A vast majority of teachers put the students first. Thank you.

Gov. Asa Hutchinson tweeted his appreciation and support for the teachers of the LRSD who went to work Thursday.