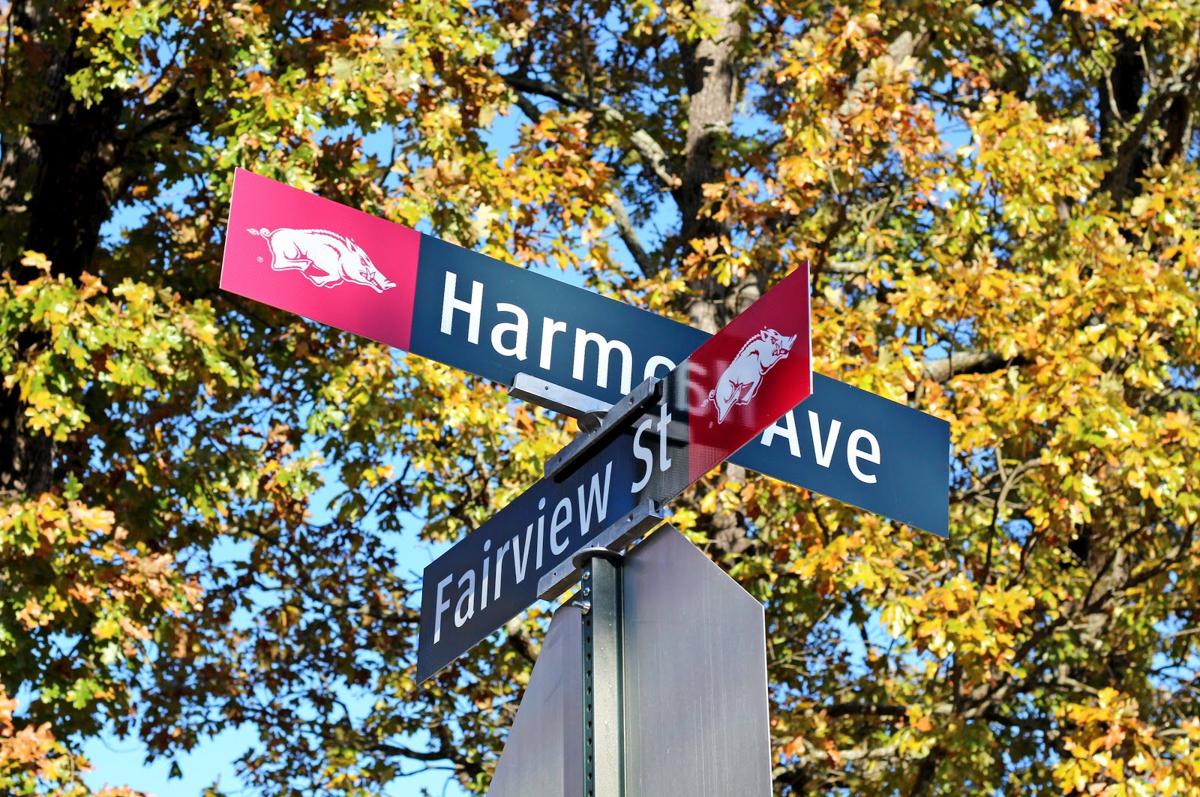 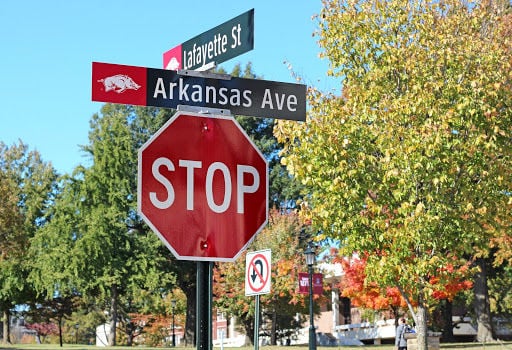 Facilities Management staff installed new street signs on campus in late October after months of planning, with the design incorporating the Razorback logo and colors.

“The actual installation only took a few days in late (October) but the design approvals, production procurement and a number of other hoops we had to jump through have taken many months,” said Mike Johnson, associate vice chancellor for Facilities Management, in an email.

Razorback Athletics funded the project, which had a $18,500 budget, Johnson said. Athletics Director Hunter Yurachek agreed to the budget when it was proposed in June 2018.

Because the signs are a traffic control device, the state highway department and city officials regulate the signs to align with standards for size, shape, reflectivity, type letters and colors outlined in the Manual on Uniform Traffic Control Devices.

Alumnae Danielle Zapata and Colman Betler began working on the proposal for the project in June 2017 when they were ASG members, and they presented it to campus leaders almost a year later.

The proposal was brought to Chancellor Joseph Steinmetz and the executive committee in June 2018, Johnson said.