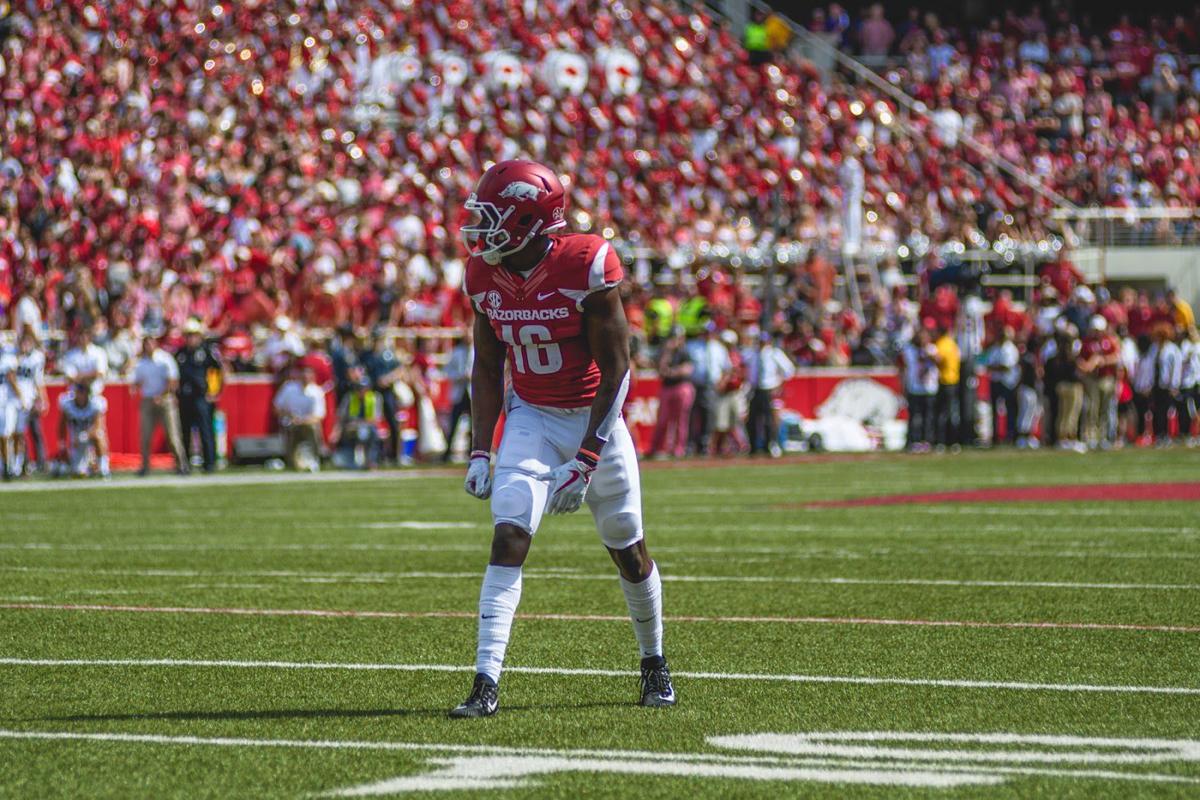 WR La’Michael Pettway gets set at the line of scrimmage Sept. 9, 2017 against TCU.

WR La’Michael Pettway gets set at the line of scrimmage Sept. 9, 2017 against TCU.

Arkansas’ receiving core took a hit as the leading receiver from last season announced on Twitter today that he is transferring out of the program.

La’Michael Pettway tweeted at 10:25 a.m. that he intends to finish his degree, then transfer to finish his athletic career somewhere else. The tweet has almost 100 retweets and around 500 likes, as of 7:15 p.m.

“In Life, Education, & Football there’s always decisions to be made and obstacles to overcome.” Pettway said in the tweet. “After close evaluation of my goals as an athlete & scholar I have decided not to play receiver at The UofA in the future. I’ll continue my pursuit of my bachelor’s degree here at The University, & graduate-transfer out to continue my athletic career elsewhere. Nothing personal, I just have to do what’s best for my family and I.”

Pettway, a junior this past season, had 30 catches, 499 yards and four touchdowns. He redshirted his first year on campus. As a redshirt freshman, he played in 10 games, only logging one catch for a touchdown against Alcorn State. His sophomore year he started three games in nine games played, catching six passes for 92 yards. He finishes his Arkansas career with 37 catches for 601 yards and five touchdowns.

Pettway joins a long list of former players who have transferred out of the program since Chad Morris took over in December 2017.

Arkansas has four receivers committed for the upcoming season, two have already enrolled in classes and can participate in spring practices.