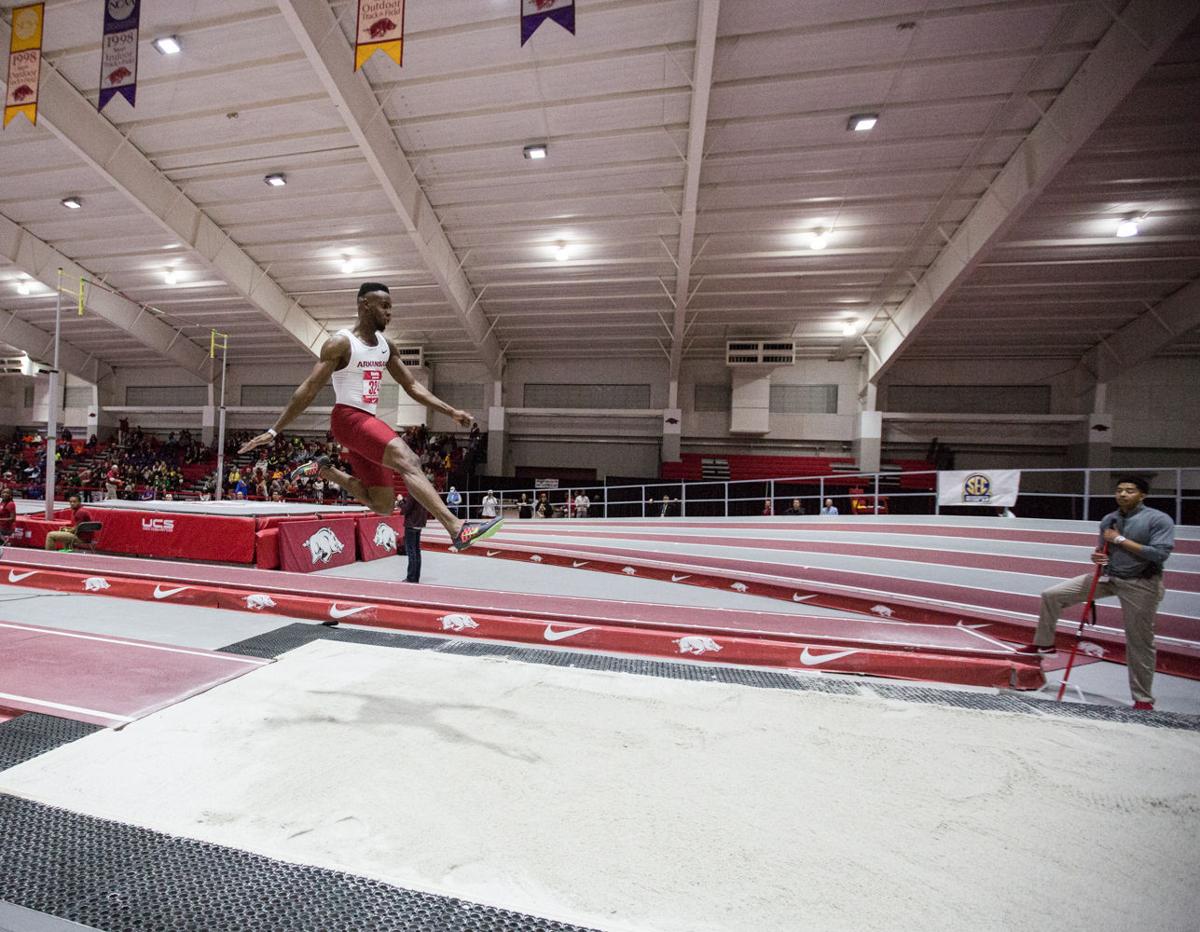 Senior Jarrion Lawson becomes an NCAA and world-leading jumper with his final leap of 8.17 meters (26 feet, 9.75 inches) in the Razorback Invitational Jan. 29. 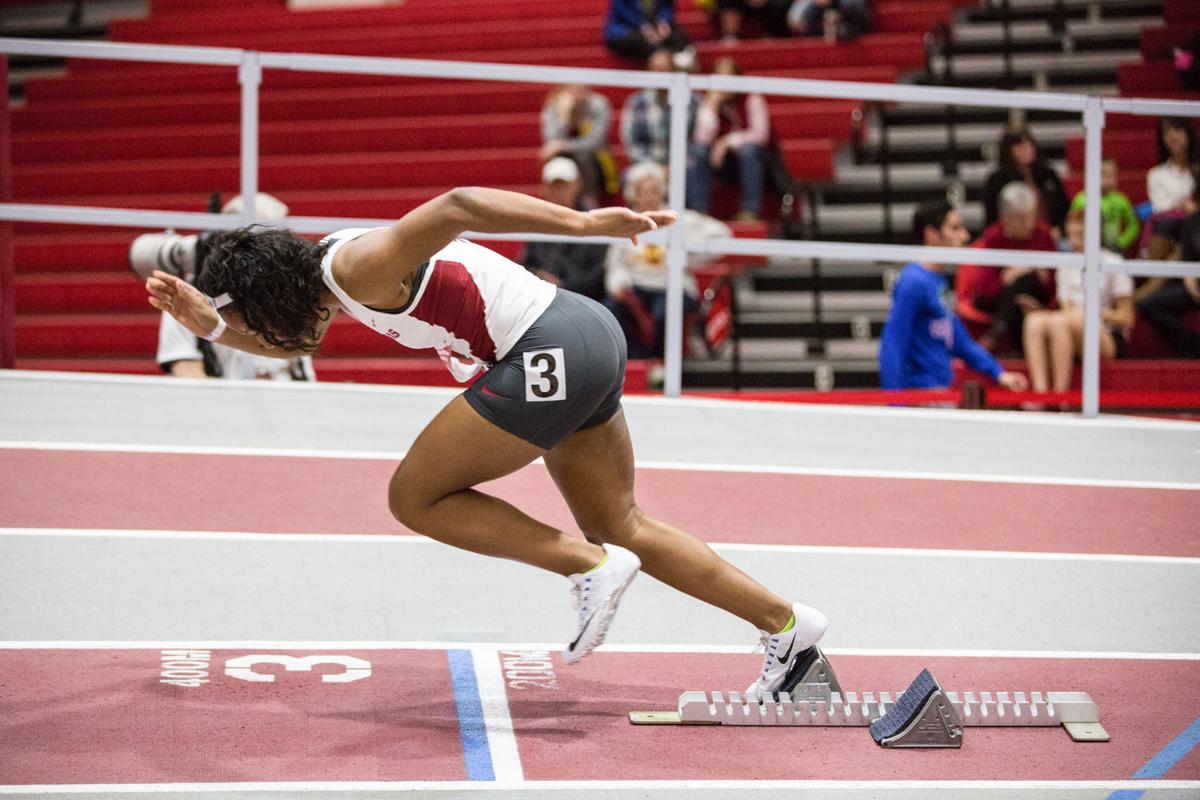 Sprinter Kaylee McCarthy launches from the starting blocks of the 200-meter dash at the Razorback Invitational Jan. 30.

Senior Jarrion Lawson becomes an NCAA and world-leading jumper with his final leap of 8.17 meters (26 feet, 9.75 inches) in the Razorback Invitational Jan. 29.

Sprinter Kaylee McCarthy launches from the starting blocks of the 200-meter dash at the Razorback Invitational Jan. 30.

After placing second on the first day of the Razorback Invitational, the Arkansas Razorbacks turned it around on Saturday for a convincing first place finish with a score of 122.2 points.

Arkansas trailed Southeastern Conference opponent Texas A&M 78.5 to 55.2 on Friday but was able to overcome the Aggies winning by a margin of 16.7 points.

Louisiana State University (65), Georgia (57) and Florida (47) were the remaining SEC teams to round out the top six out of the 12 teams.

Pegged to be a major contributor for this year’s team, Jarrion Lawson did not disappoint in the second meet of the season.

After the first day, Lawson established the NCAA and world leading mark in the long jump. The clinching mark was 8.14 meters, but then the senior broke that mark on his fifth jump with a distance of 8.17 meters.

“His speed is so much better,” Arkansas coach Chris Bucknam said in a press release. “It was great that he was able to get a lot of jumps in since it was the first time that he was jumping since June. It was a great effort. He’s been working really hard and I fully expect him to have some great results as we move forward.”

Lawson returned the second day and even took second in the 60-meter dash.

Sprinters Kenzo Cotton and Kemar Mowatt had strong showings for the Hogs in the 200-meter dash. Cotton finished second and Mowatt finished fifth to add 12 points towards the Razorback lead on the second day of the meet.

Junior All-American high jumper Ken LeGassey finished first in the high jump with a mark of 2.14 meters to claim 10 points for the Hogs.

Continuing in the line of great performances in the jumps, Clive Pullen also took first in the triple jump behind a mark of 16.04 meters.

Arkansas placed third in the 4x400 meter relay with a time of 3:08.86. Marqueze Washington, Jamarco Stephen, Obi Igbokwe and Davon Anderson were the sprinters by the team’s finish.

Anderson also took third place in the 60-meter hurdles to add on an impressive meet performance.

Igbokwe, a freshman, is already making an impact on the team that was evident in his performance on the track during the meet.

Another freshman that is making his presence known is Carlton Orange. Orange placed first in the 800-meter run with a time of 1:47.38, which was over a second better than the second place finisher.