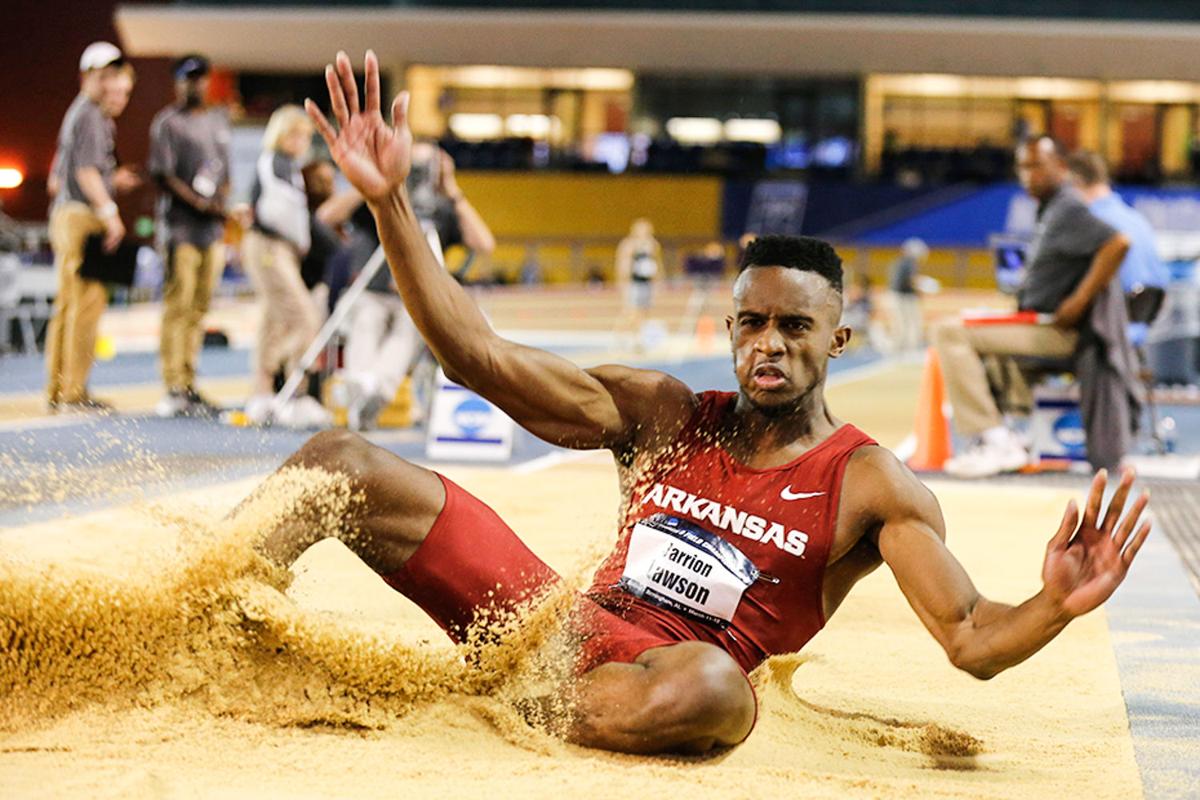 Senior Jarrion Lawson led the Razorbacks with a first-place finish in the long jump with a distance of 7.95 meters at the NCAA Indoor Championships March 12. 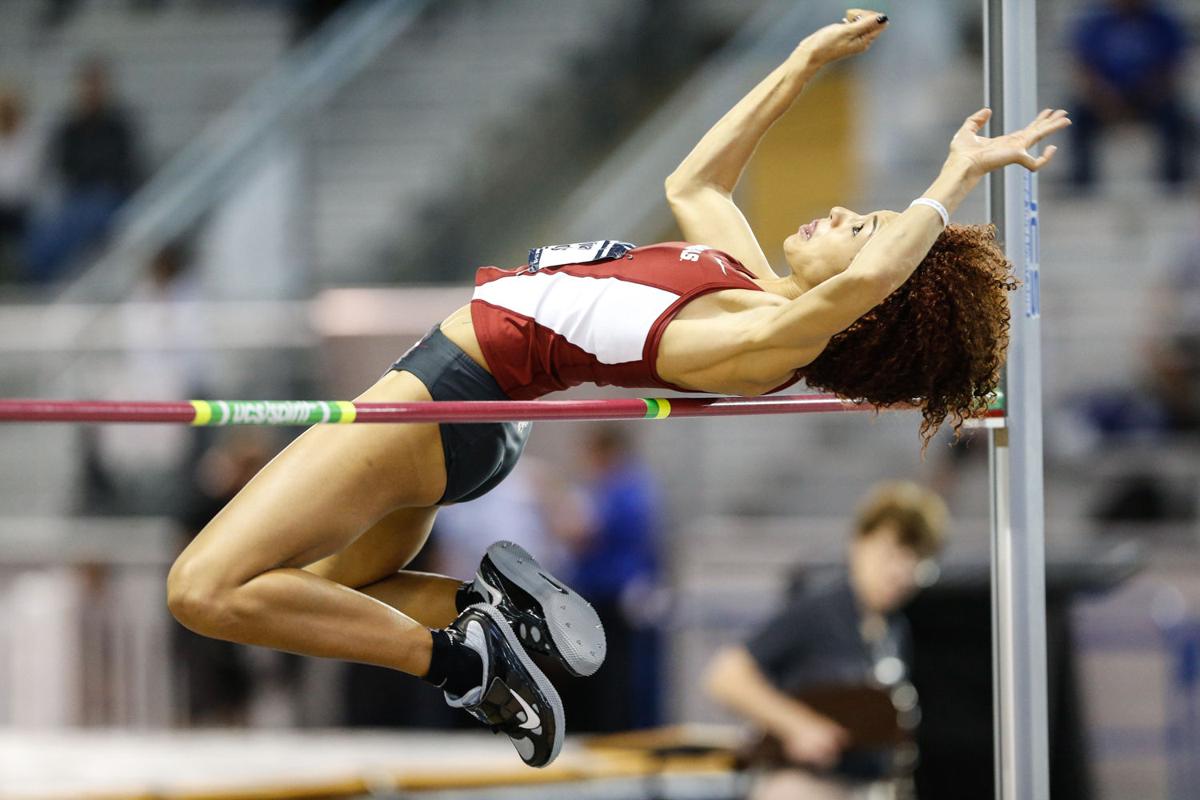 Senior Jarrion Lawson led the Razorbacks with a first-place finish in the long jump with a distance of 7.95 meters at the NCAA Indoor Championships March 12.

The Arkansas men’s and women’s track teams capped off an impressive indoor season with second-place finishes in the NCAA Indoor championships Saturday.

The men’s team scored 39 points and finished behind a dominating Oregon team that scored 62 points as a team.

The jumping events have been Arkansas’ highest-scoring events in the past few meets and it was no different Friday and Saturday.

Jarrion Lawson led the Razorbacks with a first-place finish in the long jump with a distance of 7.95 meters.

“Coming away with a national champion is phenomenal,” men’s head coach Chris Bucknam said in a press release. “He did it on his last jump.”

Lawson was not the only Arkansas athlete to score, as Andreas Trajkovski finished fifth to score four points for the Hogs.

“We’ve also got Andreas (Trajkovski), who did an excellent job as well,” Bucknam said. “He’s kind of the new kid on the block. He started in January and got a fifth place finish, just missing fourth by a centimeter.”

Lawson also placed fifth in the 60-meter dash and was joined by sophomore Kenzo Cotton who finished seventh.

“Looking at Kenzo and Jarrion, we picked up two qualifiers for the 60 finals,” Bucknam said. “It was an outstanding effort by both of those guys.”

Freshman Carlton Orange had a strong showing in his first championship meet after finishing sixth in the 800-meter run. He posted a time of 1:49.69.

Junior Clive Pullen also took home the gold in the triple jump with a distance of 16.64 meters and senior Ken LeGassey finished 11th in the high jump with a height of 2.13 meters.

The men’s team recorded 24 of their 39 total points in the long jump and triple jump events.

The women’s team almost took home the crown but fell three points shy of taking the lead over Oregon, who scored 53 total points.

“This team did such a great job outperforming everybody’s predictions,” women’s head coach Lance Harter said. “We had 12 scoring positions and every kid surpassed their lifetime best at that meet, which is a real tribute to the talent of the athletes, but also the philosophy of the training program and the preparation. Obviously, as a coach you want to have them ready for the summer competition and have every one of them aspire to a new lifetime best.”

Senior Taylor Ellis-Watson placed second in the 400-meter dash with a time of 51.51 seconds, which was just .82 seconds shy of getting the gold medal. Ellis-Watson’s performance was just one of many stellar outings this indoor season as she has placed first multiple times this season.

“Taylor is such a phenomenal competitor,” Harter said. “She has a future in a world beyond college.”

Ellis-Watson was just one of many seniors who may have ran their last indoor meet for the Razorbacks.

“I don’t think they truly grasp that because they go straight into the outdoor season,” Harter said. “Yeah for a minute they may be going ‘jeez that was it, that was my last opportunity to wear a Razorback jersey indoors, but hey I have outdoors coming up.’”

One of the biggest storylines of the meet was freshman phenom Lexi Weeks’s first-place finish in the pole vault. After placing first in the event many times throughout the season, her finish in the indoor championship was an NCAA meet record.

She was joined by her sister Tori Weeks in the top 10 after Tori finished sixth with a height of 4.30 meters.

Sophomore Payton Stumbaugh, a 2016 pentathlon All-American, was able to rack up six individual points for the Hogs. Stumbaugh ran for a seventh place finish in the 60-meter hurdle final. The Springdale native tied her personal best of 8.09 seconds, solidifying her status as the best indoor hurdler on paper in Razorback history.

As the indoor championships wrapped up the past weekend, the teams have already begun to prepare for the outdoor season as practices started Monday.

Both teams will begin the outdoor season March 26 with the Arkansas Spring Invitational at the John McDonnell Field in Fayetteville.