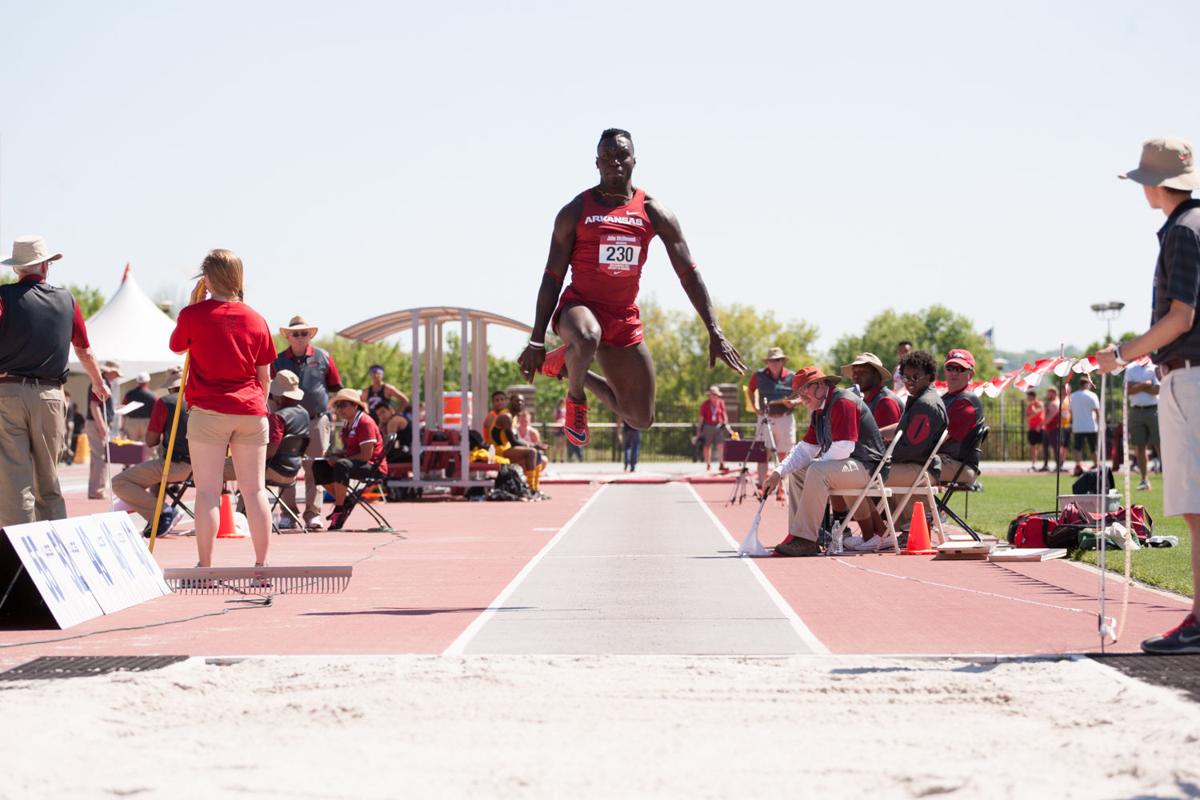 Senior Jarrion Lawson competes in the long jump event. The All-American placed first with a distance of 7.98 meters. 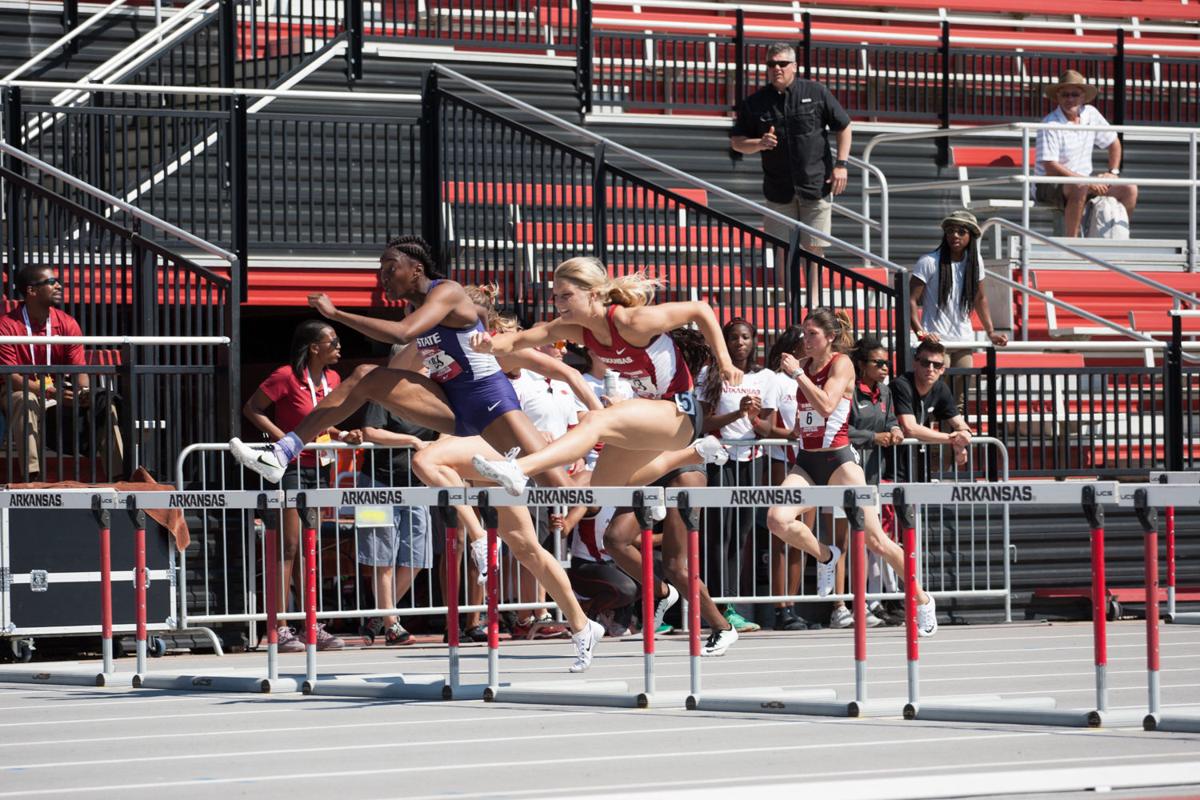 Senior Jarrion Lawson competes in the long jump event. The All-American placed first with a distance of 7.98 meters.

In the eight-team John McDonnell Invitational, the Arkansas Razorback track and field teams separated themselves from the field with top performances from the No. 7 men and No. 2 women’s teams.

“That was a big PR for Kemar today,” men’s head coach Chris Bucknam said. “Even closer PR for Davon; you know both those guys ran the 4x100 meter and came back and did that. They did a great job. Larry has been pretty consistent, too.”

Although Anderson did not run in the 400-meter hurdles, Donald took second and Mowatt took third in the event to solidify strong performances from the hurdles group for the meet.

“It shows you the depth that we have,” Bucknam said. “It was a good effort by our jumpers.”

In the second event of the meet that had Razorbacks claim four of the top five spots, freshman Carlton Orange led the group of himself, senior Andrew Pischeko, sophomore Austen Dalquist and redshirt freshman Ethan Moehn in the 800-meter run. Orange finished just 10ths of seconds shy of breaking the UofA top 10 list with a time of 1:46.96 seconds.

“Generally speaking, we had a good meet,” Bucknam said.

The Razorbacks also found team success in the men’s discus throw. Senior Devin Randall placed second after only completing his first throw. He scratched on his next five attempts but was still able to pull off the silver with a distance of 49.15 meters.

From being one of the top-scoring heptathletes for Arkansas, sophomore Payton Stumbaugh added to her already-impressive resumé by winning the women’s 100-meter hurdles after posting a time of 12.83 seconds, which is a new UA record.

Stumbaugh broke the 18-year record of 12.98 seconds that was previously held by Elisha Brewer.

Another Razorback broke the top-10 list in the 100-meter hurdles, as senior Alex Gochenour, who placed third, ran a personal-best of 13.05 seconds.

“The hurdles all across the board were big breakthroughs,” Harter said.

Already holding the second-fastest time at the UofA in the women’s 200- and 400-meter dashes, All-American senior Taylor Ellis-Watson recorded the third-fastest time in the 100-meter dash behind a 11.33 time, which was good for another first-place win.

Ellis-Watson also broke her own lifetime best in the 200-meter dash behind a run of 22.60 seconds.

That time is also the second-fastest time in the NCAA this season.

Redshirt freshman Kelsey Herman took first place in the heptathlon with a score of 5,489, winning by a wide margin. Second place was Kansas State’s Morgan Coffman with 4,472 points, a difference of 1,017 points.

Redshirt freshman Kelsey Schrader and junior Logan Bishop both placed in the top three of the women’s 3,000-meter run. They were the top-two collegiate finishers but freshman Rachel Nichwitz, who ran unattached, took the gold with a time of 9:58.96, the only sub-10 minute run.

Redshirt sophomore Taliyah Brooks finished third in the women’s high jump event with a height of 1.75 meters. Brooks’ meet was cut short as she exited the field after taking a tumble during the women’s 100-meter hurdles.