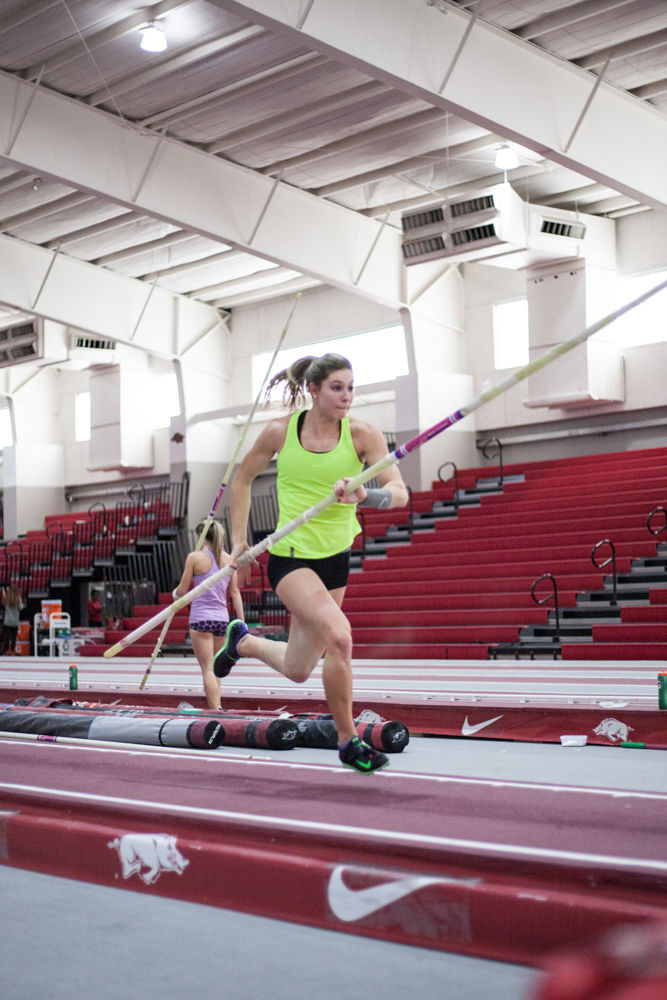 Freshman Lexi Weeks finished first in pole vaulting at the SEC Championships with a height of 4.48 meters. 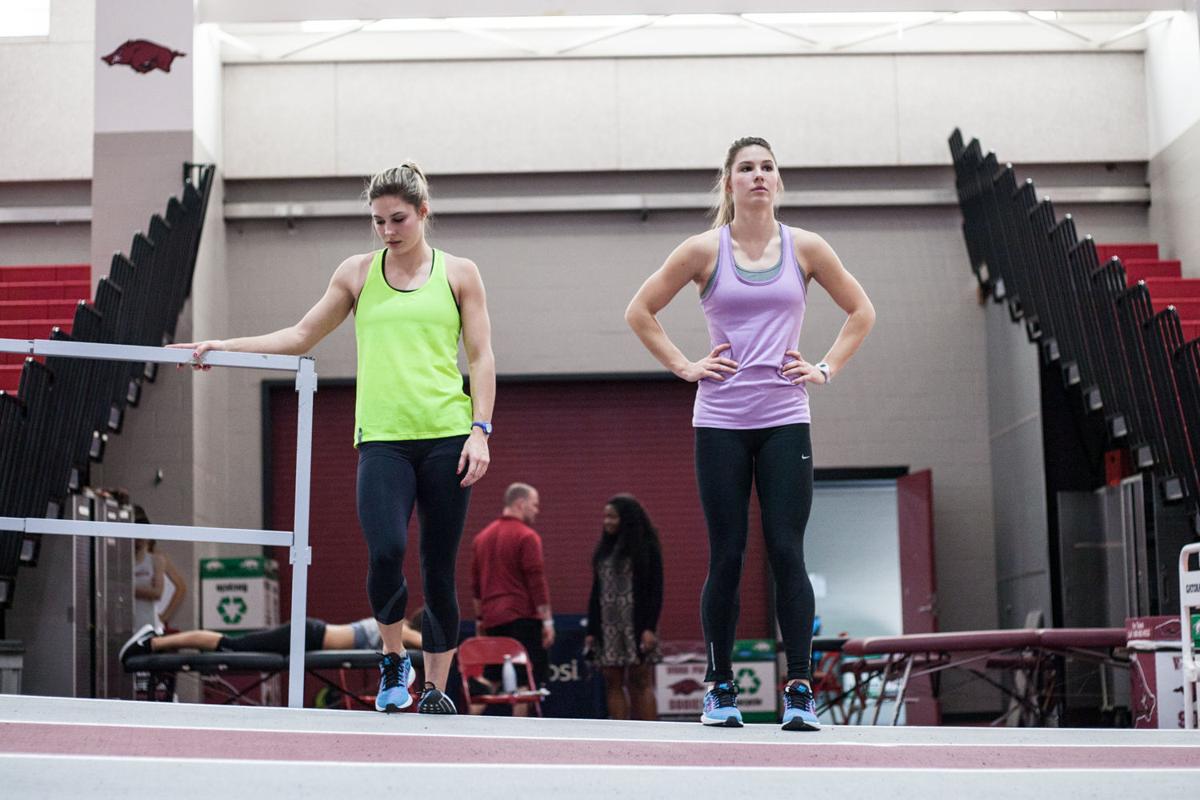 Lexi and Tori Weeks prepare to compete at the NCAA Indoor Championships in Birmingham, Alabama, March 11-12.

Freshman Lexi Weeks finished first in pole vaulting at the SEC Championships with a height of 4.48 meters.

Lexi and Tori Weeks prepare to compete at the NCAA Indoor Championships in Birmingham, Alabama, March 11-12.

Two Arkansan pole vaulters have been accumulating national attention since before they became Razorbacks. It seems like no surprise that freshmen twins Lexi and Tori Weeks are going to the 2016 NCAA Indoor Women’s Track and Field Championships.

Not only are they the only freshmen Razorback qualifiers, but they both rank in the top four athletes. Lexi holds the team’s highest ranking and is undefeated in collegiate competition this season. At her fourth college meet, at the Tyson Invitational, Lexi became one of only five vaulters in NCAA indoor history to clear over 15 feet, which also moved her to No. 2 all-time best Arkansas pole vaulter.

Her sister Tori is not far behind, ranking fourth for Arkansas and the sixth best performance in the pole vault with her 14-feet 5.25-inch clearance. This places her as the second highest nationally ranked freshman in the event and the fourth best indoor pole vault performance in Arkansas history.

The Weeks twins have done well, even with the often difficult transitions that everyone deals with as a freshman, jumps coach Bryan Compton said.

“They’re a really talented young ladies,” he said. “They have made some really good changes in the vault and I think it has paid off in what they are jumping right now, but they were talented out of high school. We are really excited about what they have been doing.”

Lexi and Tori grew up in Cabot and had been involved in sports since a young age, including gymnastics and volleyball. In seventh grade, their middle school coach told them to try out pole vaulting.

“We did and we both liked it. It was fun so we both stuck with it,” Tori said.

In eighth grade, they started training at the Arkansas Vault Club in Black Springs, helping to progress faster than others in their age group, Tori said.

“Once we got to high school,” Lexi said, “we really realized we could do this in college, that we had potential.”

Compton noticed the sisters as potential college recruits around their freshmen year of high school, he said.

“So we just had to wait and hope that they would be die-hard Hogs,” he said. “Sure enough they were.”

As seniors, the girls were nationally ranked and setting records, and not just in the pole vault.

“Even if they’re not related, it’s like winning the lottery,” said Arkansas Vault Club cofounder Morry Sanders in a 2015 interview with a New York Times reporter. “To have two girls that share the same DNA, it’s just unheard-of that they can do the things they do.”

Despite her record, Lexi was disappointed in not meeting her goal of being the first women’s high school vaulter to clear 15 feet, she said, which only made reaching that goal that much sweeter.

“I wanted to clear it last year, but that didn’t happen,” Lexi said. “This year that was definitely my big goal, but I didn’t think it was going to come so early in the season, so that was unexpected but very exciting.”

During high school competition, the twins only had each other, jumping in after the rest of their teammates were already out.

“It’s not just having the competition, but having Tori there trying to do the same thing and us being there to encourage each other,” Lexi said. “I think we wouldn’t have been as successful in high school if we had not had each other.”

This back-and-forth competition and encouragement has always been how the Weeks twins operate, their older brother Connor Weeks said. Along with athletic success, they both finished in the top of their class.

Even now, Tori and Lexi are both chemistry majors planning on becoming pharmacists. They live together in a dorm with two other athletes and childhood friends.

The encouragement seems to also stem beyond themselves to their entire family, who all live in Cabot. Their brothers, sister, parents and both sets of grandparents rarely ever missed a meet, Connor said, “there’s a lot of people and a lot of support.”

Many members of the family will be traveling to or are already at Birmingham, Alabama, for the NCAA Indoor Championships, which are tomorrow and Friday.

Both are planning on placing in vaults and Tori, who is tied for first in the country with Blue Devil senior Megan Clark, hopes to win first. Unlike high school, the competition is high and mostly more experienced.

“They’re still freshmen. Every meet is one they have never been to before,” Compton said. “I’m sure their nerves will get a little bit higher at nationals, but they seem to thrive under pressure.”