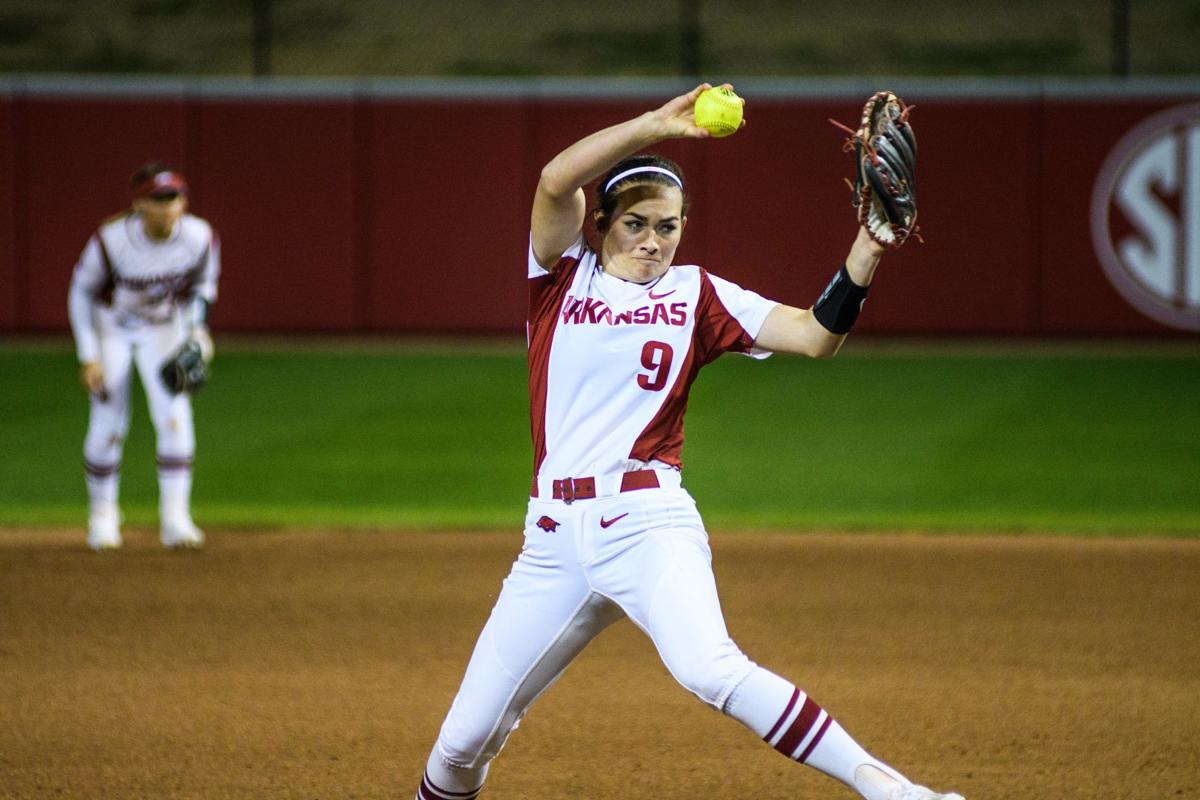 Sophomore pitcher Autumn Storms delivers a pitch en-route to the second no hitter in as many nights for the Razorbacks as they defeat the Central Connecticut State Blue Devils 7-0 on March 3. 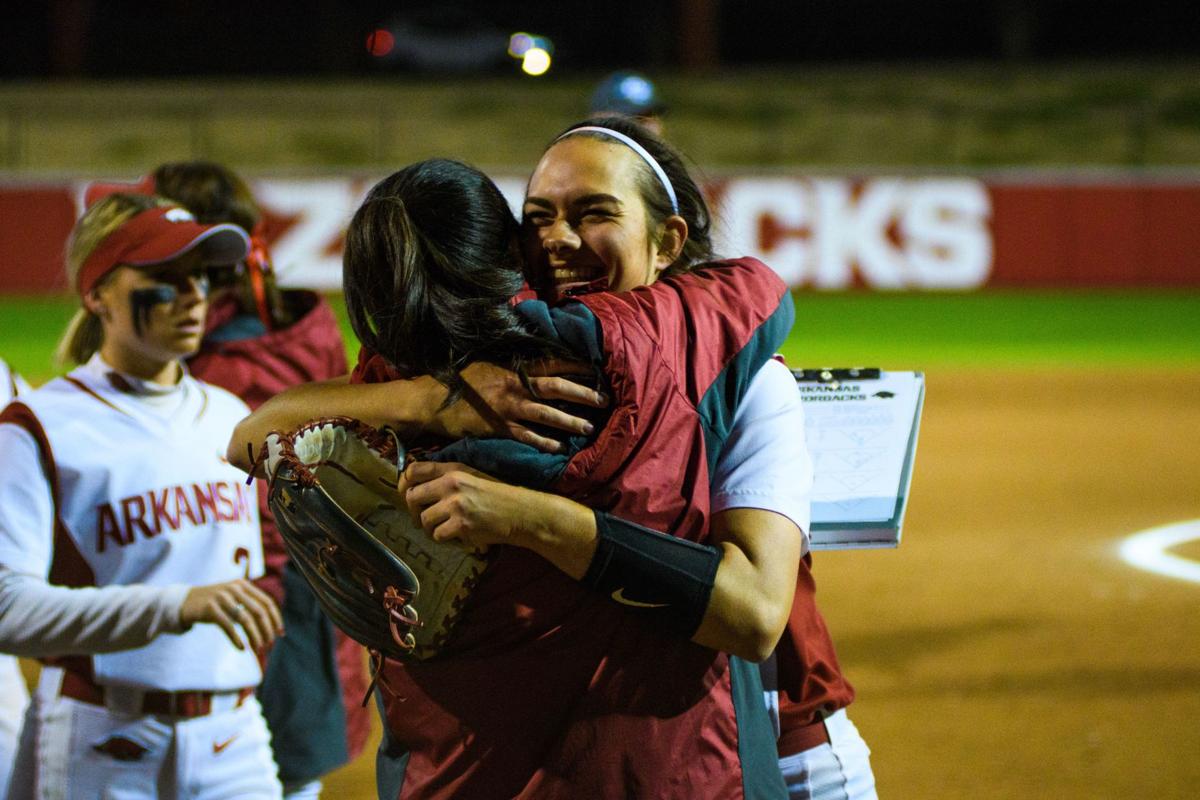 Sophomore pitcher Autumn Storms delivers a pitch en-route to the second no hitter in as many nights for the Razorbacks as they defeat the Central Connecticut State Blue Devils 7-0 on March 3.

After freshman pitcher Mary Haff pitched only the seventh no-hitter in Razorback softball history, another Razorback did the unthinkable by doing the same the very next day.

Sophomore Autumn Storms became the eight pitcher to achieve this feat, as the Razorbacks (13-1) demolished the Central Connecticut Blue Devils (3-5) 7-0 in their fourth game in the Razorback Invitational on March 3rd at Bogle Park.

“I felt pretty amazing,” Storms said. “I had the defense and the strikeouts working for me tonight. My defense worked really hard behind me, making sure no balls got through, and I can’t thank them enough for giving me this moment. It’s amazing.”

During her no-hitter, Storms threw for nine strikeouts on the Blue Devils.

Central Connecticut senior pitcher Emily Sargent went in the opposite direction of Storms. She allowed seven runs, eight hits, one walk and only one strikeout.

Senior center fielder Loren Krzysko exploded in the bottom of the third, hitting a powerful home run to center field. Not only did she score, but senior shortstop A.J. Belans did the same.

“[I wanted to] just to keep putting points for our team,” Krzysko said. “[I wanted] to help Autumn out and get the score as high as possible.”

Krzysko and Belans weren’t the only Razorbacks that would get to run around the diamond.

Three Razorbacks made the trip during the Hogs’ first time on offense. Buczek got the first run after a fielding error on a hit from freshman first basemen Linnie Malkin. Freshman right fielder Hannah McEwen and Malkin also scored runs after hits from freshman catcher Kayla Green and junior Ashley Diaz.

The Hogs continued to beat the Blue Devils into the dirt, as junior second basemen Haydi Bugarin scored a run off a McEwen single. The last run on the night came from a fielder’s choice by Belans in which sophomore Keely Edwards would score.

The Blue Devils didn’t have much of an offense at all.

Arkansas coach Courtney Deifel was impressed by the offensive output after the low-scoring affair earlier in the day, she said.

“I liked our response in game two,” Deifel said. “[We had] batter at-bats, and Autumn Storms was outstanding tonight.”

Arkansas will head into the final stretch of the Razorback Invitational as they will play Northern Colorado Bears in its second matchup at 11:15 a.m on March 4. Central Connecticut will close out the tournament by playing Dartmouth Big Green at 9:00 a.m.