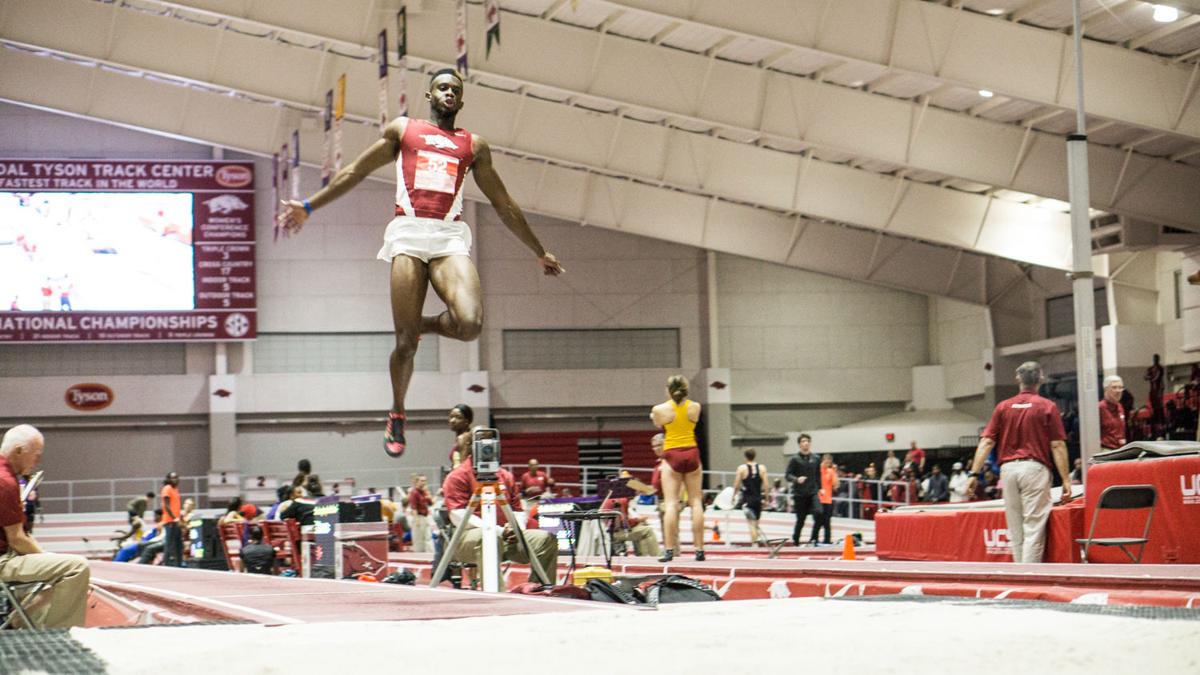 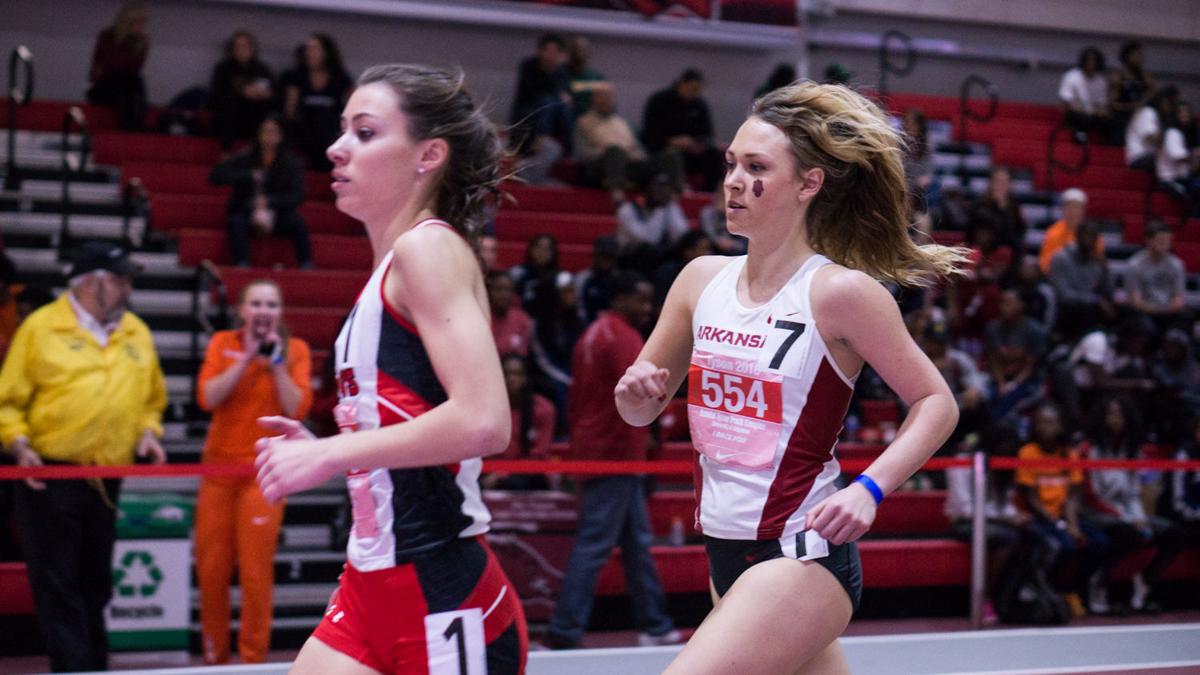 Senior distance runner Aubree Worden finished first in the 5000-meter run with a time of 17:11.36.

Senior distance runner Aubree Worden finished first in the 5000-meter run with a time of 17:11.36.

The Razorback track and field teams came away from the Tyson Invitational and Iowa State Classic with strong finishes on Friday and Saturday.

Kenzo Cotton’s performance in the 60-meter dash stood out over the weekend as he took third place with a time of 6.65.

Star Jarrion Lawson posted one of the best finishes of an Arkansas athlete in the meet with his second-place finish in the long jump invitational. He posted a distance of 8.02 meters.

“Overall it was a really good start to the meet,” assistant coach Travis Geopfert said in a press release. “The 400-meter athletes ran really well. They’re coming around and ready to do some big things. Kenzo is running very consistent and is excited for the 200 tomorrow. Jarrion jumped well in the long jump and was really close to putting a big one out there on his last jump. We’re moving in the right direction and definitely excited for a fun day tomorrow.”

On the second day of the meet, Arkansas’ best performance came in the jumping events. Clive Pullen took fourth place in the triple-jump invitational with a distance of 16.54 meters.

Captain and high jumper Ken LeGassey placed sixth with a distance of 2.19 meters.

For the Lady Razorbacks, sophomore Peyton Stumbaugh had a strong showing in the 200-meter dash, taking sixth place out of 61 runners. The race set a personal best for her with a time of 23.67. Stumbaugh also took second in the 60-meter hurdles, finishing only .02 seconds behind the first-place finisher.

Ellis-Watson also anchored a 4x400 meter relay team that took third place at the meet. Joining her on the relay team was Taliyah Brooks, Brianna Swinton and Daina Harper.

Freshman pole vaulter Alexis Weeks has already placed herself in the record books at Arkansas with her performance on Saturday. She cleared a height of 4.60 meters, which is good for No. 2 on the all-time best list in pole vault at Arkansas.

“I think we had a really good weekend,” associate head coach Chris Johnson said in a press release. “Taylor Ellis-Watson had a lifetime personal record indoors, she ran fantastic. Payton Stumbaugh had a lifetime personal record as well. These meets do a great job of getting us ready for what to expect at SECs and nationals. The SEC is the best conference in the country and most of teams from the conference were here so we got to see a snapshot of where they are and what they can do.”

Both teams’ next meet will be the Arkansas Qualifier on Feb.19 at Randal Tyson Track Center in Fayetteville. They will then travel to South Bend, Indiana, for the Alex Wilson Invitational on Feb. 20.