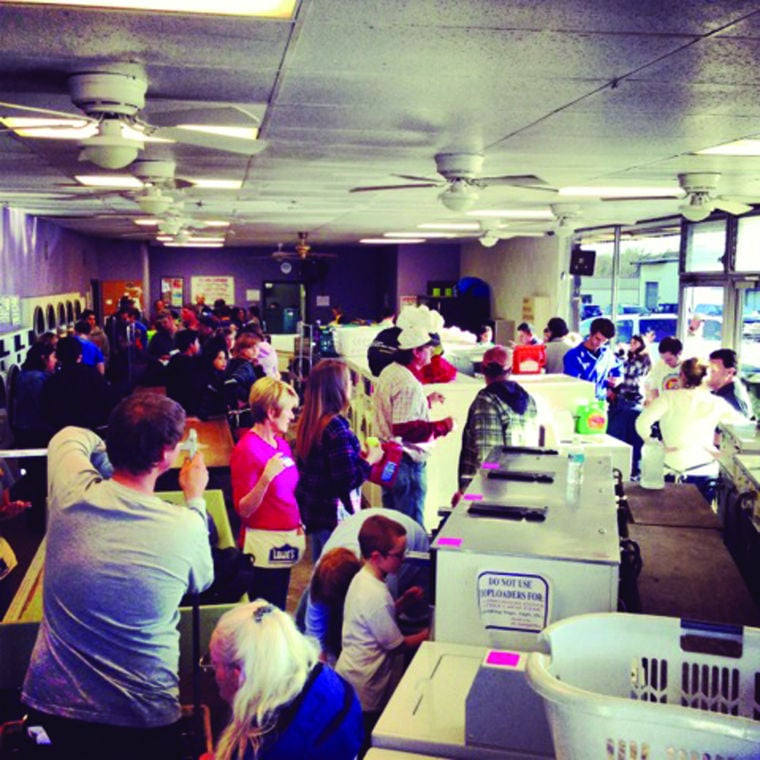 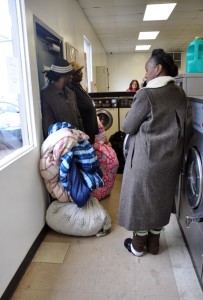 Warm, secure, and comfortable in our dorm rooms or apartments, it is hard for us to imagine that not everyone in Northwest Arkansas is enjoying the same basic comforts. As a matter of fact, as college students, we all know that doing our laundry falls as far down on our to-do lists as possible.

However, local charity groups have seen that something as simple as clean clothes is a need in our community, and they have been reaching out through the Laundry Love Project.

One of the Cobblestone Project initiatives is the Laundry Love Project, a national organization that has four locations in Northwest Arkansas: Fayetteville, Rogers, Siloam Springs and Springdale. The project allows people to come to a local Laundromat one night each month and receive free laundry services and a warm meal. Each family gets to wash around three loads. The program begins around 5 p.m., but in Fayetteville, those in need will begin lining up as early as 2 p.m. outside of Britewash Laundromat. Volunteers usually leave around 8-9 p.m., but only after the last person gets finished. The Springdale location opens its doors every third Thursday of each month, while the other three hold their events the first Friday of each month.

“The main reason Cobblestone exists is to provide dignity to those living in poverty situations,” Watts said. Most homeless situations are the result of broken relationships, and it’s an isolating experience, she said. Cobblestone reaches out to those who are struggling and have no one to take them in, and it tries to establish a support system.

Among its four locations, Laundry Love provides around 3,700 loads of clean laundry for 3,000 people every year. In the February event in Fayetteville, around 95 to 100 people were served. The Siloam Springs location serves the most of the four locations—approximately 1,000 people each year receive clean clothes and warm food. Laundry Love is determined to serve rain or shine, and the event has only been canceled once in the past five years, Watts said.

Funding for the program comes from various places. Monthly donors and varying other donors contribute to Laundry Love. Schools and other organizations host fundraisers such as quarter drives, which are also a big contributor to Laundry Love’s success. The quarters they collect are used for the machines at the Laundromat.

Donations don’t just come in the form of money, however—they come in the form of time. There are no Laundry Love staff members; the project is run entirely by volunteers. Different community groups work each location, often taking turns. For example, the Fayetteville location has just been adopted by the Methodist Church in Rogers.

Watts says that college students also offer their time at the Fayetteville location. Jobs for volunteers include watching kids in the Children’s Corner, serving the food, helping fold clothes or manning the machines to keep track of the number of loads. The Springdale location also offers craft time for the kids every month. The project has been so successful that project leaders are discussing expanding to Bentonville and on to Oklahoma,and the Rogers location needs more volunteers, according to Watts.

Lindsey Kelley, the coordinator for the Springdale Laundry Love Project for almost the past four years, got involved with the project by word of mouth, volunteering after hearing about it from a friend. Laundry Love found its way to the area when she called in friends from The Grove Church to help provide money and volunteers for the Park Street Laundromat & Dry Cleaners location. The program fulfilled her desire to help people.

“I wanted to be able to serve people in need; that’s how I got involved,” Kelley said. “I wanted my kids to grow up and not be numb to what most of the world lives in: poverty. We live in an affluent area, so the poor are somewhat disguised.  However, the need is huge.”

Kelley works with Cobblestone to get quarters and detergent and she coordinates with the Fellowship Bible Church to provide the meal. She also keeps all the supplies for the big night at her house and then transports them to the Laundromat. Though the workload is great, so is the reward.

“I am mostly humbled,” Kelley said. “The people we serve help open my eyes to not only the real needs they have, but also the blessings I have in my life. Laundry Love helps me to live with more purpose, not taking things for granted. I feel like my eyes are constantly open, looking for people in need all around me.”