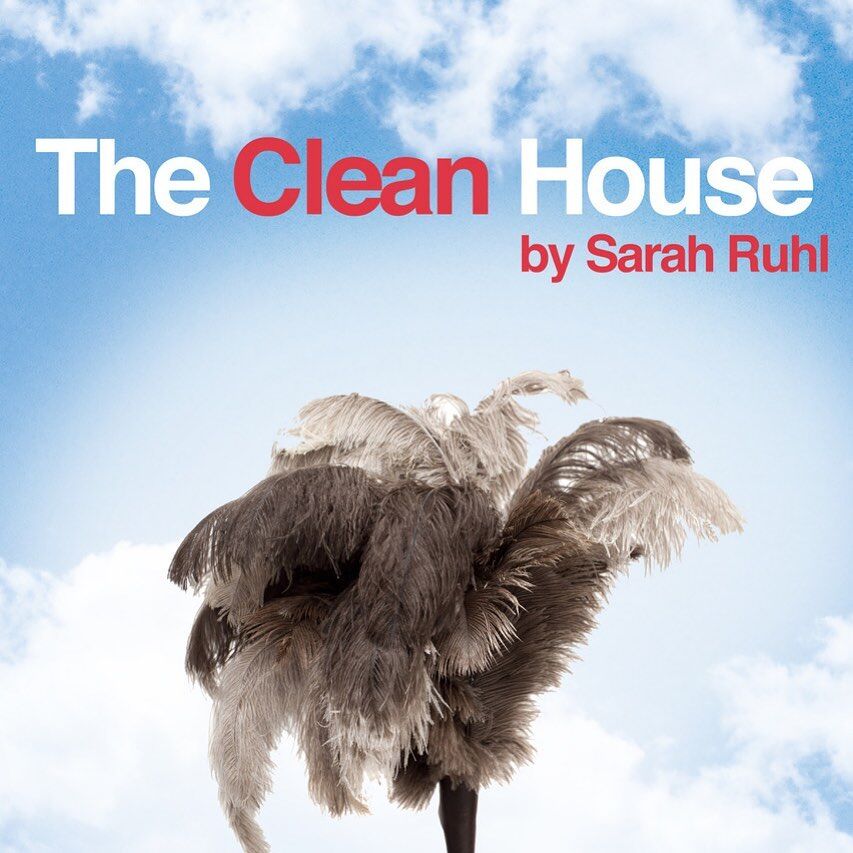 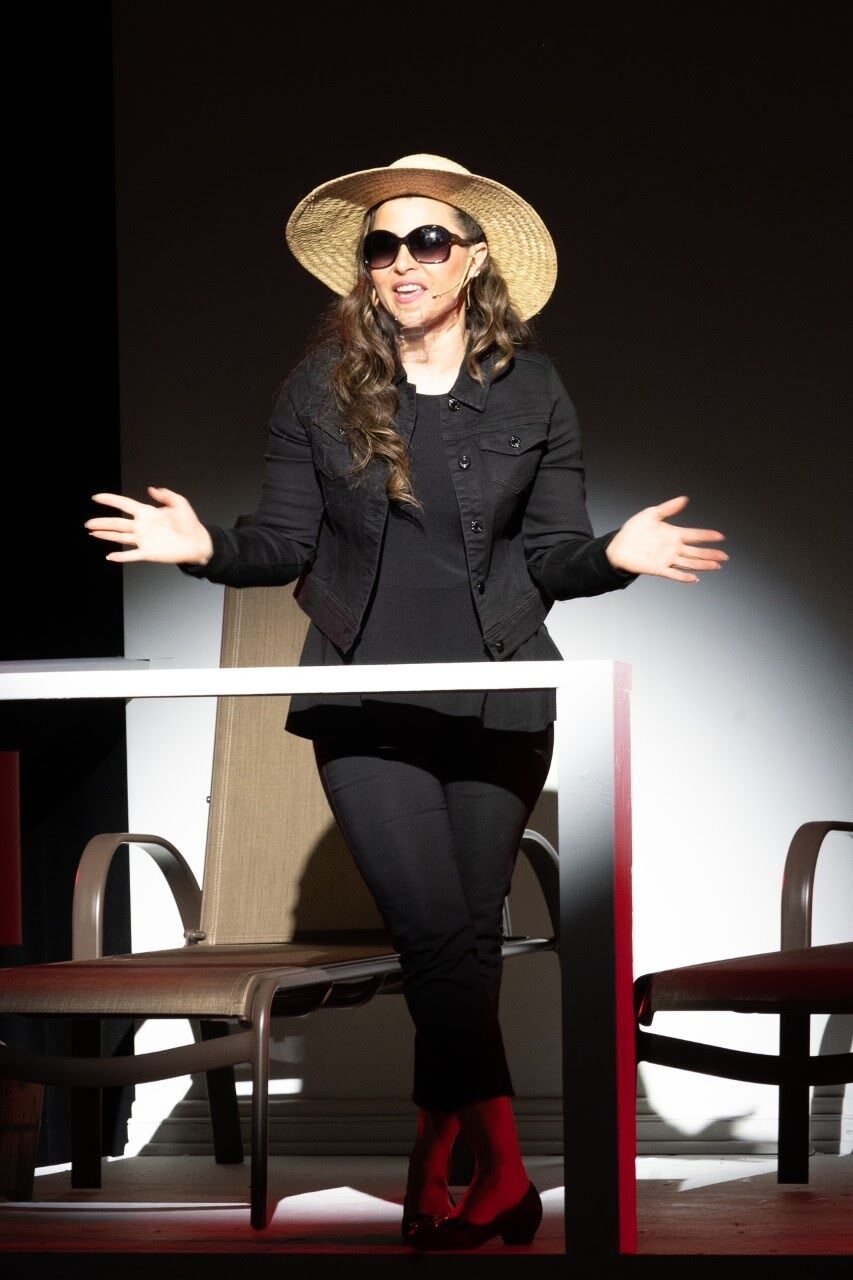 Daniela Kidd performs as lazy housekeeper and aspiring comedienne Matilde in the Arkansas Public Theatre’s production of “The Clean House” by Sarah Ruhl.

Daniela Kidd performs as lazy housekeeper and aspiring comedienne Matilde in the Arkansas Public Theatre’s production of “The Clean House” by Sarah Ruhl.

The Arkansas Public Theatre’s second production of 2021, “The Clean House,” offers those brave enough to venture into public a rollicking romantic comedy, performed by a cast with varying degrees of talent amid beautiful, innovative scenography.

Written in 2004 by award-winning playwright Sarah Ruhl, “The Clean House” follows the misadventures of married doctors Lane and Charles. The couple’s idyllic lives are upended by two strong-willed women: Matilde, the couple’s Brazilian cleaning lady who despises cleaning, and Ana, the much-older Argentinian cancer patient with whom Charles unexpectedly falls in love.

The quirky and absurdly funny tale is told through dozens of brief scenes, which include a mix of hilarious and heartwarming monologues, multi-character scenes packed with verbal and situational humor, and even a few long-winded, untranslated recitations of jokes told in Portuguese.

The play’s inconsistent writing ranges from whimsical and witty to uninspired and unprofound. Overall, the play is charming, but not my favorite work of Ruhl’s. I much prefer the smart, fantastical retelling of an ancient Greek myth in her masterpiece “Eurydice.”

Just as inconsistent as the quality of the writing was the cast’s performance in the first show of the APT production’s run. Whether it was opening-night jitters, the awkwardness of performing with face shields and no physical contact, or just a lack of acting ability, much of the actors’ delivery felt stilted and unnatural.

In particular, Amber Brown’s delivery of Lane’s lines, especially those intended to be funniest, was noticeably off. Her timing felt wrong in most scenes, her delivery lacked any real emotion, and it made for an awkward and unconvincing performance. I think it would have been easier to feel invested in Lane’s storyline and her softer side if Brown had been more connected with her costars and the audience members. That being said, her delivery and timing did improve a bit by the end of the show.

Shoubhik Purkayastha, who made his APT debut as Charles, also fell short of my hopes and distracted from the hilarity of the character and his bizarre storyline. Purkayastha seemed underprepared and had several moments where he seemed to forget his lines and had to pause. He seemed uncomfortable onstage—his body language was stiff and unnatural.

However, there were a few bright spots in the cast, namely Brazilian-American UA faculty member Daniela Kidd, who gave a sharp and vibrant portrayal of lazy cleaning lady/aspiring comedienne Matilde, and APT veteran Jan Riedmueller, who was an absolute delight as Lane’s cleanliness-obsessed older sister Virginia.

The two had excellent onstage chemistry, and the few brief scenes featuring just the two of them, with their characters’ personalities perfectly juxtaposed and their comedic timing excellent, were treats that elevated my viewing experience and made me smile each time.

Letresa Sweetser also deserves an honorable mention for an emotionally powerful and gut-busting debut as the headstrong and vivacious, yet cancer-ridden, Ana.

Although the casting was not perfect, the production was somewhat redeemed by its set and lighting design, which were the real stars of the show. The simple but beautiful set seamlessly incorporates two different settings, Lane’s living room and Charles and Ana’s seaside balcony, onto one large, square stage space.

The blank white wall behind the balcony, representing the exterior wall of the odd couple’s house, serves as the perfect blank canvas for casting with beautiful, colorful mood lighting and for projecting onto it scene numbers and character names. The setup even includes “subtitles” of a sort, denoting actions that can’t be safely performed (i.e. “they kiss” ), and quickly advancing the action for comedic effect (i.e. “they fall in love” and “they fall in love some more”).

I thoroughly enjoyed the tongue-in-cheek nature of the projections, including a few that note that Matilde “tells a joke in Portuguese,” without actually translating the jokes for the audience. I thought it was a charming and creative way to enhance the play and its storylines, while still leaving a little to the imagination.

Despite having a cast with several members whose acting chops could most generously be described as average, “Clean House” will cleanse one’s soul with some much-needed smiles and laughter, and wow audiences with its scenic design. Although not family friendly, the lighthearted play would make a good date night activity that would spark some interesting conversations on the car ride home.

I do want to caution, though, that even though seating is socially distanced at the Victory Theater, and face coverings are technically required at all times, I watched nearly everyone in the balcony where I sat on opening night remove their masks within seconds of the curtain rising and the lights going down. From what I could tell, there were similar issues on the floor, where the cabaret seats area tend to be filled more than those in the balcony.

“Clean House” runs at the Arkansas Public Theatre’s Victory Theater in Rogers through Sunday. Tickets range in price from $10 to $30. There is no remote stream of the play available.