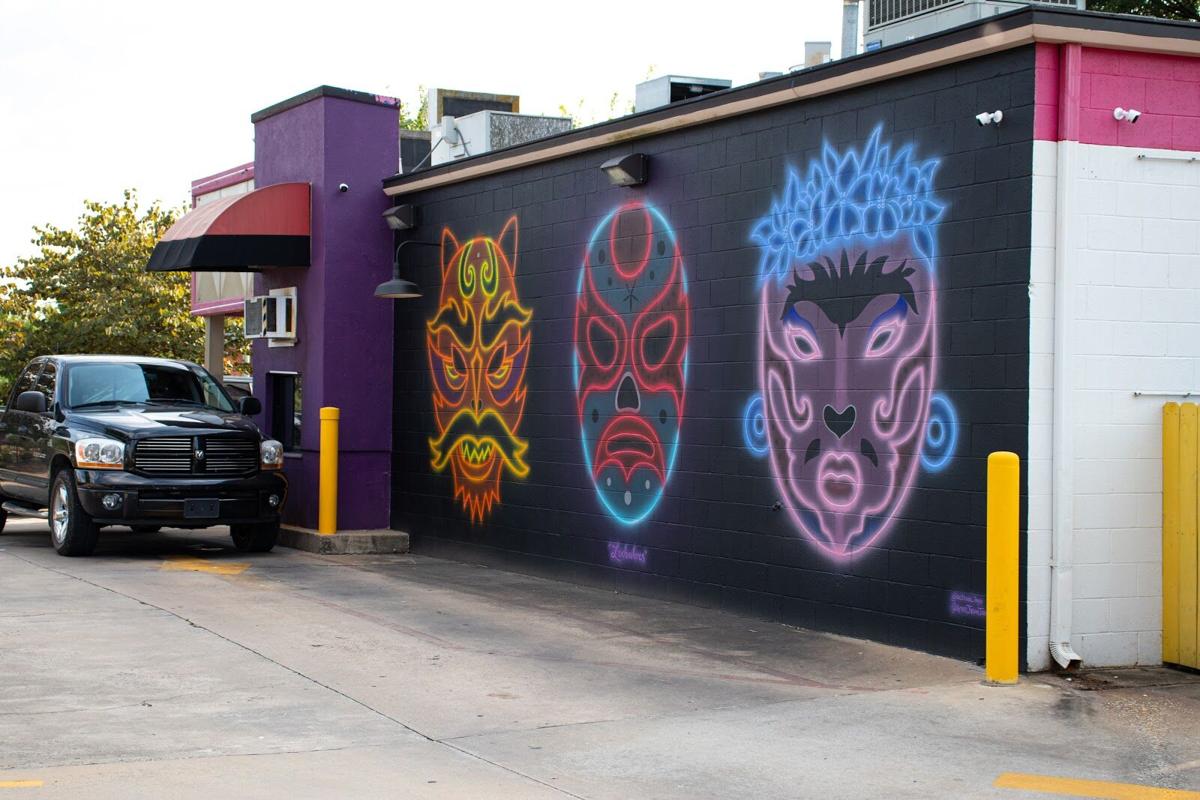 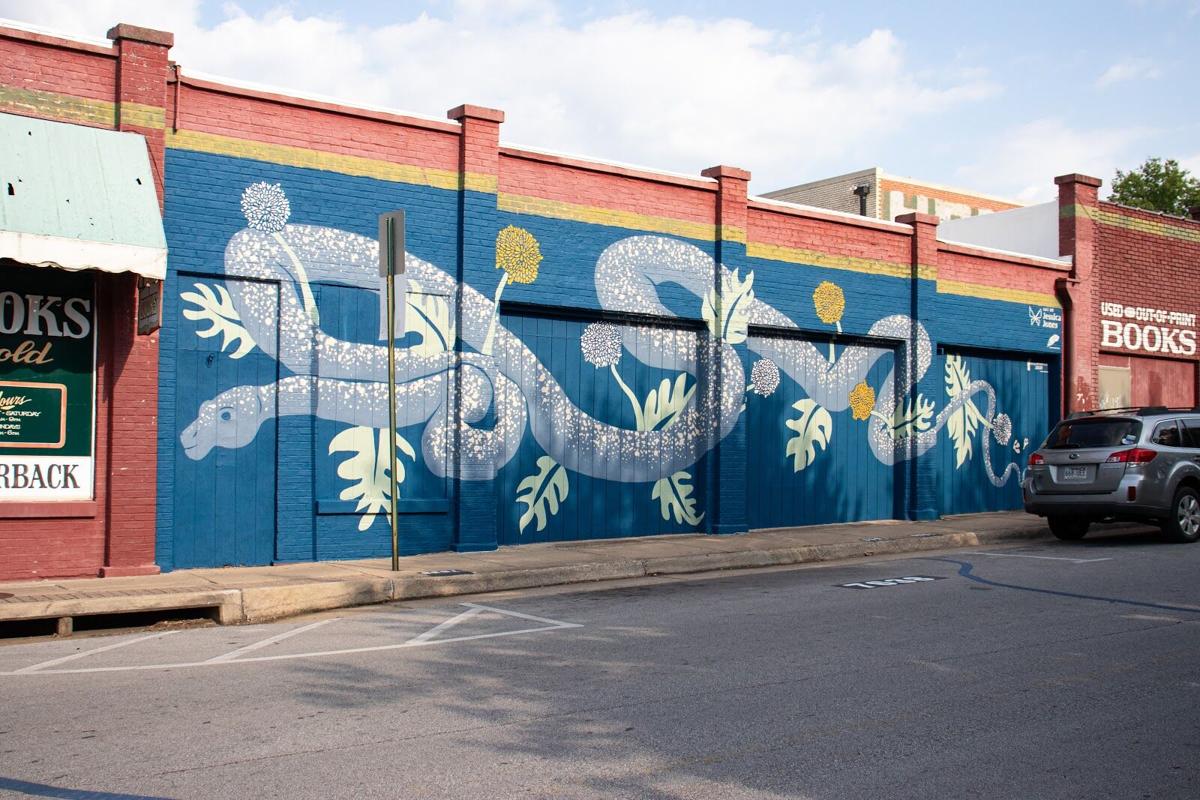 Local artists participated in a mural festival and undertook freelance projects over the summer, highlighting Mexican wrestling culture, local wildlife and more in their vibrant murals on the walls of Fayetteville buildings.

Businesses such as Starlight Skatium and B-Unlimited Fayetteville donated blank walls on their buildings to the festival, allowing the festival organizers’ chosen artists to transform the spaces.

Octavio Logo, a visual artist and participant of the festival, painted “Harvesting The Winds of Change,” located on the north wall of Grub’s Bar & Grille Downtown. The mural depicts William Kamkwamba, a Malawian inventor, standing on his wind turbine created out of scavenged parts and his bicycle, which saved his community from a devastating drought in 2001.

Logo viewed Kamkwamba’s utilization of his own materials as brilliant, and hoped his mural would inspire others to take advantage of the tools they already have in front of them, he said.

“The winds of change are right now, we need to harvest this moment,” Logo said. “If you start with creating change within yourself, then your family and then your community, the big picture will change too.”

Jessica Jones, another participant in the Sprayetteville Festival, painted her mural, “The Misunderstood,” on the west side of the Dickson Street Bookshop. Jones painted an Arkansas-native speckled kingsnake with dandelions throughout.

“These are really good snakes to have in our environment and are a lot of times killed out of miseducation,” Jones said. “Dandelions are in the same way beneficial to our ecosystem and bees, but are sprayed with pesticides.”

Jones said she hopes the community will enjoy her lighthearted design and take a moment to question their assumptions about wildlife and people.

Dedicating the mural to her husband and three kids, Jewell said she wanted her mural to be family-friendly and colorful. Jewell incorporated marigolds, a breed of flower used during the hispanic holiday Dia de los Muertos, to symbolize her Hispanic heritage.

“The hope for my mural is that it will make people smile,” Jewell said. “Fayetteville is a community-type area and with the new murals popping up, it’s just more opportunity for people to come together.”

“Jason encouraged me to design the mural with my Mexican culture in mind,” Logo said. “We were able to combine our styles to tell a story that respected heritage, culture and identity.”

The owner of Mangos, Anthony Oseguera, said the new mural not only represents his Hispanic culture, but also individuals who embody strength, resilience and hard work, as underdog luchadores did in the past.

Beyond the Sprayetteville festival, local artists work throughout the year to reinvent and grow Fayetteville’s public art scene.

“I want to create murals that inspire people to take a second look at what’s going on in the world today,” Logo said. “I hope people are able to look up from their phones when walking the streets and experience the importance of public art.”

Raegan Holland is the lifestyles editor for The Arkansas Traveler, where she previously worked as a staff reporter.