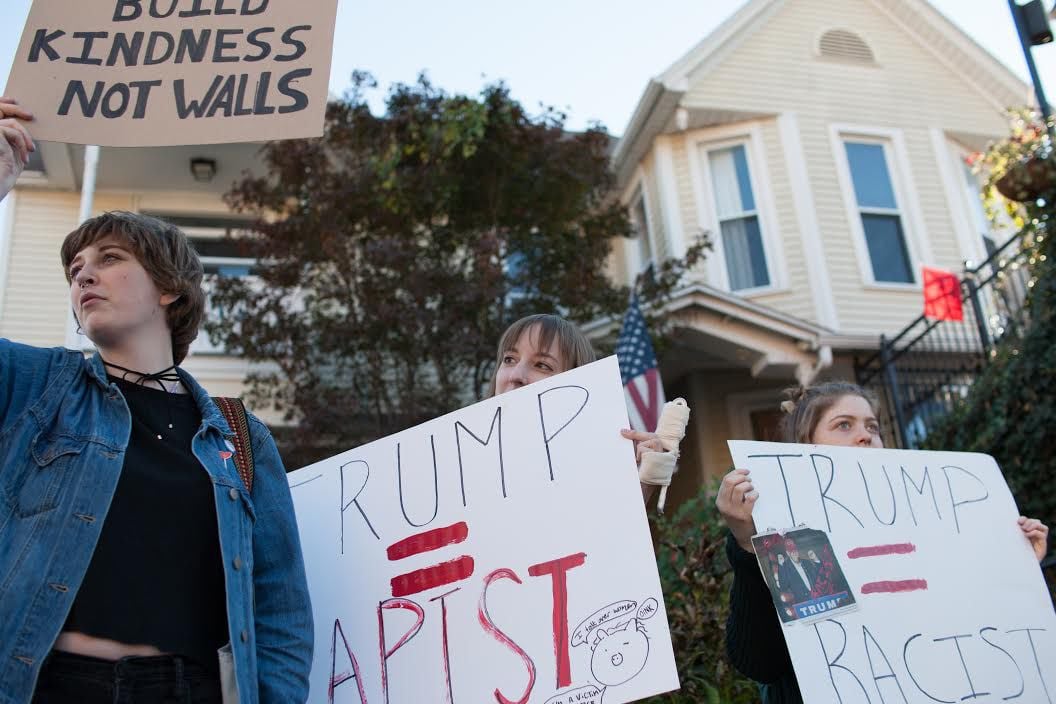 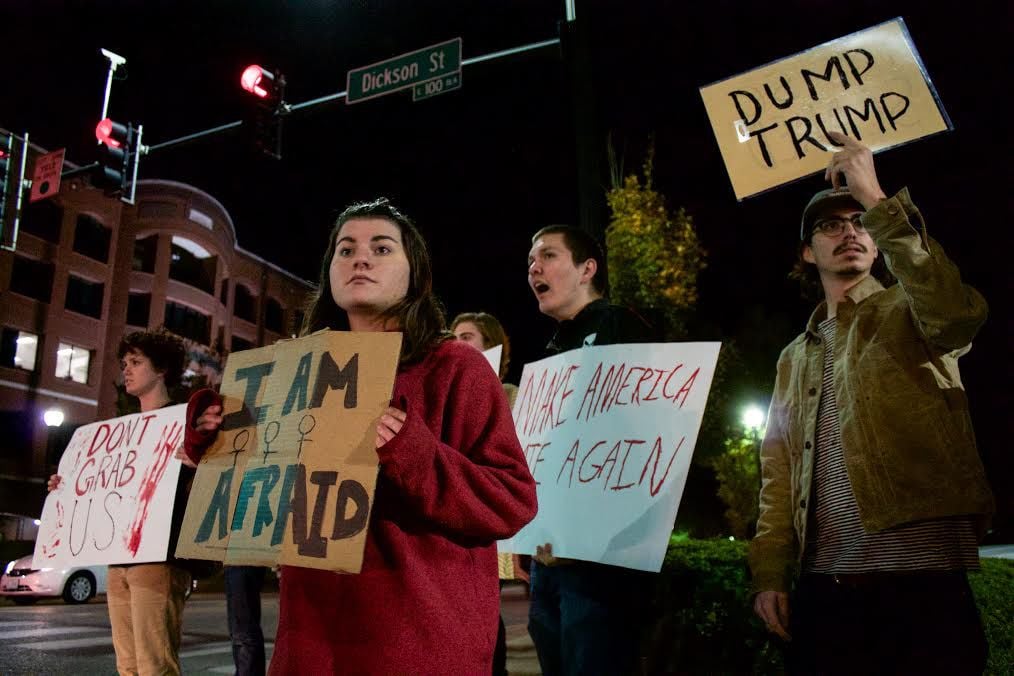 Update: 7:57 p.m. – Fayetteville residents moved their protest from outside Dickson Street Pub to across the street from the Washington County Courthouse, at the intersection of Dickson Street and College Avenue, to gain more publicity.

“While we were protesting some man tried to hit us with his car,” freshman Piper Smith said.

Protesters have received both positive and negative feedback.

“I’m scared for my minority friends, my LGBT friends, my women friends and myself,” alumna Jessica Love said.

Love said that she will be protesting whenever she has free time.

“Be as loving as you can, and try to let this give you energy and not apathy,” Love said.

Anti-Trump protesters gathered on Dickson Street to express their fear of the new president and raise awareness of rape culture.

“I felt very heartbroken this morning when I found out the election results,” junior Madelyn Rose said.

“We all woke up in tears, so we all wanted to get together and process it,” Martin said.

The protesters’ signs read, “He’s not my president,” and “I support respect, love and equality.”

“We can’t do this alone – it’s scary and isolating,” Martin said.

“It’s just a small show of solidarity,” Freeze said. “I felt like it was the difference I could make to people who are willing to make a public display.”