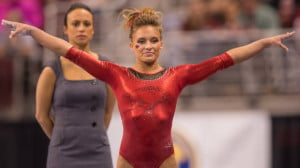 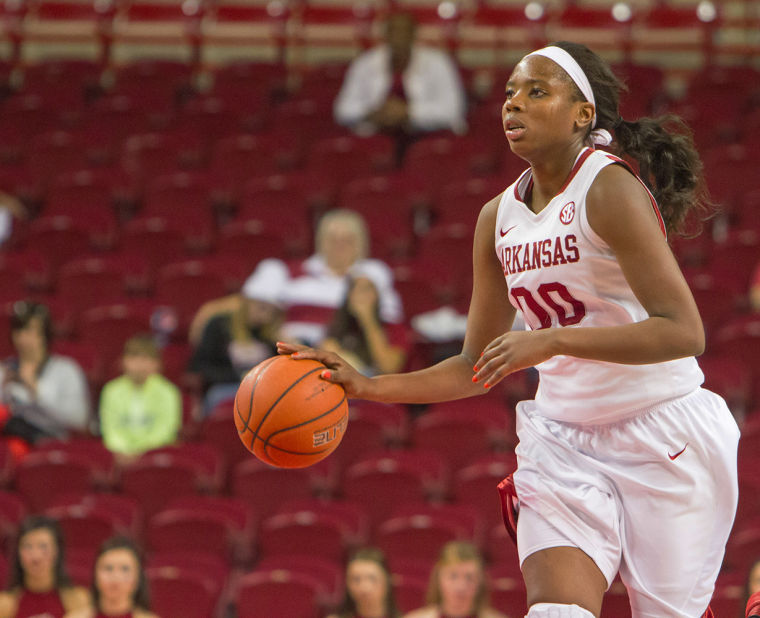 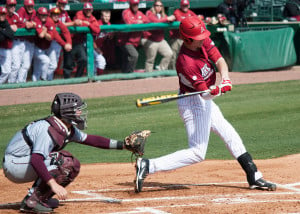 Senior All-American Katherine Grable moved into the No. 1 spot in the Gyminfo rankings this week.

Freshman Amanda Wellick moved into the No. 21 spot overall after scoring a 39.050 against Missouri and bringing her average to 39.175 on the season.

Senior Shelby Salmon and sophomore Sydnie Dillard are also ranked, No. 14 on the bars and No. 8 on the beam, respectively.

As a team, the Razorbacks are ranked No. 10 overall and are No. 15 on the vault, tied for eighth on the bars, sixth on the beam and tied for 19th on the floor.

On the hardwood, forward Jessica Jackson was named the Southeastern Conference Freshman of the Week for the third time this season.

Jackson put up a career-high 24 points against Georgia Thursday then outdid herself with 31 points and 10 rebounds over Ole Miss Sunday.

Jackson’s 16.4 points per game is good for sixth in the SEC. She is the only freshman in the top 10 in scoring.

She ranks ninth in the conference in field goal percentage, shooting .439 and her 78.9 percent from the charity stripe is good for 10th.

Jackson averages 1.7 three-pointers and 1.6 blocks per game, which ranks at 12th and sixth in the SEC, respectively.

Anderson led the team in most offensive categories and recorded 22 multi-hit games and 12 multi-RBI games.

Junior distance runner Dominique Scott was named the National Athlete of the Week by the United States Track and Field and Cross Country Coaches Association, it was announced Monday.

She set a person record in the mile against Texas Friday with a time of 4:38.39, which is good for the 2014 collegiate record by more than two seconds.

She also ran the final leg for the distance medley relay team which clocked a time of 11:25.58, also good for the collegiate lead.