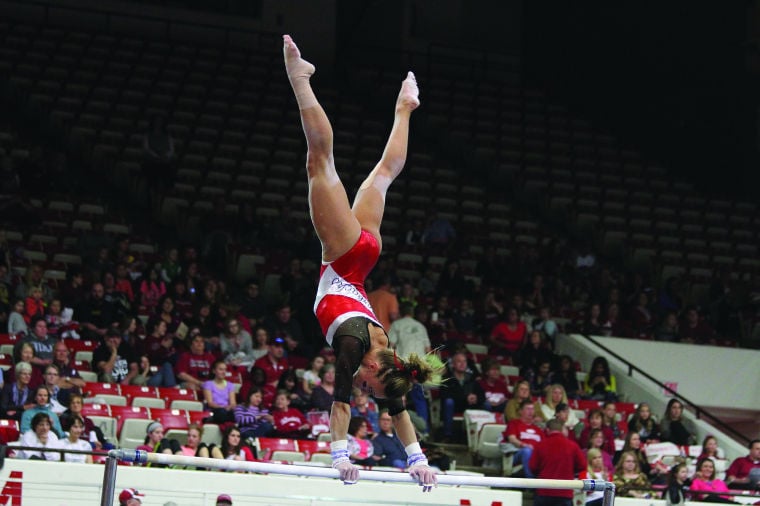 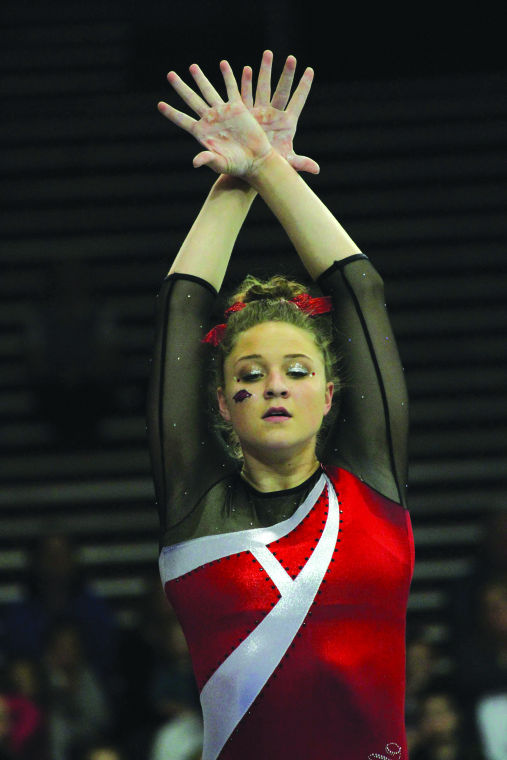 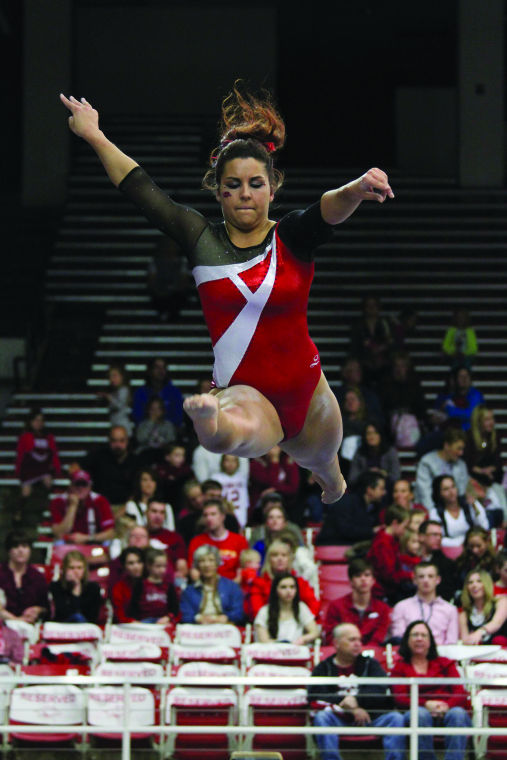 Following a narrow loss to No. 2 Oklahoma on Senior Night at Barnhill Arena in Fayetteville, the Arkansas gymnastics team looks forward to putting together a successful postseason run.

The No. 16 Razorback gymnastics team will head to Birmingham, Ala., this weekend to compete in the 2014 Southeastern Conference Championship. The Razorbacks are scheduled to compete in Session 1, which is slated for a 2:05 p.m. start Saturday, March 22. The event will take place at the Birmingham-Jefferson Convention Complex.

“We kicked around some other ideas, but when it came down to wanting two separate rotations and not having a mega-meet, I think this was in the best interest of our student-athletes, and I think our kids are very, very excited about it,” LSU head coach D-D Breaux said on the SEC gymnastics teleconference.

In recent years, Alabama, Florida and Georgia have taken the SEC Gymnastics Championship titles, but Arkansas has hopes to change that this year.

Seedings are based on the final Regional Qualifying Scores (RQS), which will be released Monday morning. The Razorbacks are currently the No. 6 team in the conference, but will wait to find out their final seed for the tournament.

The Razorbacks are led by senior All-American Katherine Grable, who recently tied the school record on the floor with an almost-perfect score of 9.975. Grable, who now holds three school records and is the No. 2 collegiate gymnast in the country, will lead the team into the SEC championship with optimism and poise.

“We just have to keep our confidence up going into the postseason, and I know we have not yet reached our full potential,” Grable said.

Senior captains Shelby Salmon and Bailee Zumwalde look to score high on the bars and vault, respectively, while No. 18 gymnast and top freshman in the country, Amanda Wellick, will also be a top contender on the vault.

In addition, sophomore Sydnie Dillard is expected to be a high scorer on the beam, and of course Grable should be a force on the floor.

Because both the SEC and NCAA championships are in Birmingham this year, the city hopes for larger than usual crowds at both events.

“With so many dominant college gymnastics programs within driving distance, we expect a huge turnout for these two outstanding championships right in our backyard,” said Gene Hallman, executive director of the Alabama Sports Foundation.

After the SEC championship, the Razorbacks will continue their postseason by hosting the 2014 NCAA Fayetteville Regional at 4 p.m. in Barnhill Arena Saturday, April 5.

The SEC Championship will have a delayed broadcast on ESPNU and ESPN2 beginning March 27 at 4:30 p.m and March 29 at 10 a.m., respectively.