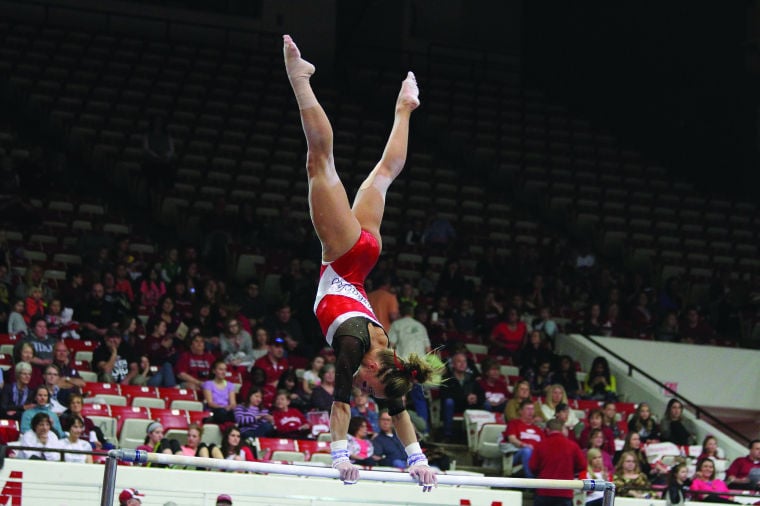 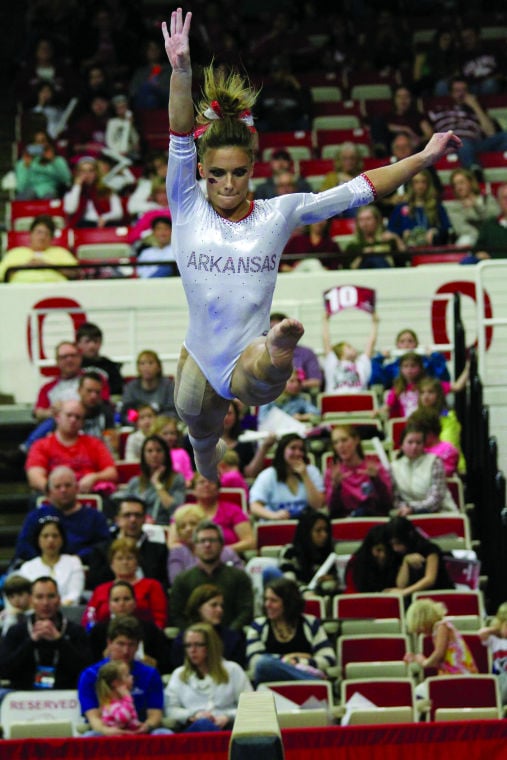 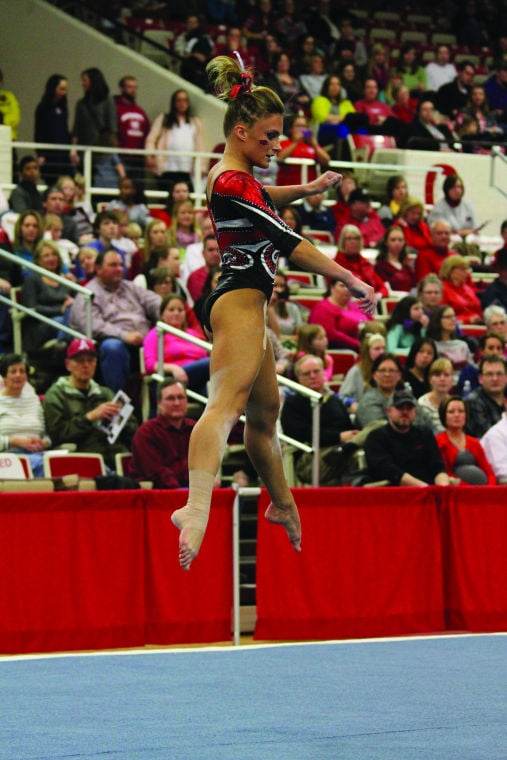 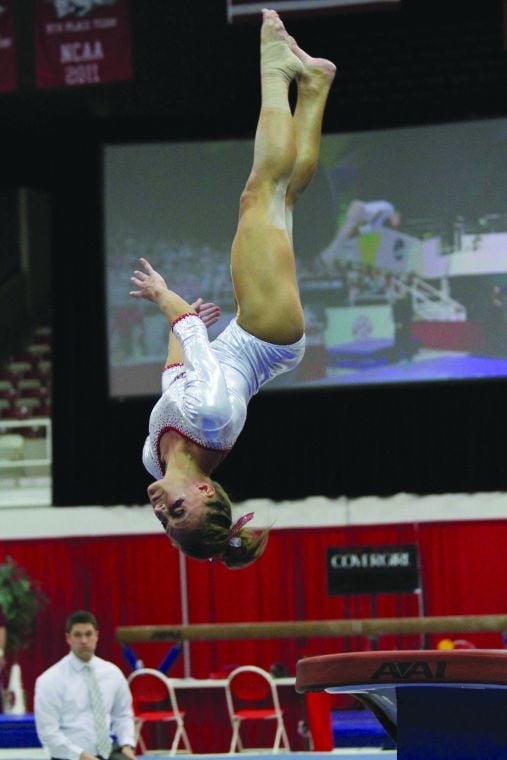 As one of the most prized and heralded gymnasts to come through the Arkansas gymnastics program, senior Katherine Grable has not felt the pressure one might expect there to be on one of the nation’s elite gymnasts.

Grable, an Oshkosh, Wis., native, fell in love with the school on her unofficial and official visits to the U of A, and the girls within the program helped her feel right at home, making Arkansas the easy fit.

But little did Grable know on her visits to Arkansas the kind of lasting impact she would make on the Arkansas program.

“When I first came in, I was just oblivious to everything,” Grable said. “I just kind of came in – I never really thought, as a freshman, that I'd have an impact on the program.”

Not only has she helped Razorback gymnastics reach the national scene, but she has more than made her case as one of the top gymnasts in the country in her three-plus seasons.

Right away, Grable made her presence felt as a freshman, becoming the school’s first freshman All-American. But the honors did stop there. She would also rack up a Freshman All-SEC honor and win Arkansas’ Newcomer of the Year award after winning nine event titles and finishing as the nation’s No. 16 all-around gymnast in 2011.

She would then build on a terrific first year on campus by climbing the ranks her sophomore season, staking her claim as the nation’s No. 1 overall gymnast on two occasions in 2012.

“It's definitely an honor and a blessing to be No. 1 in the country,” Grable said. “It gives me so much confidence to be at that spot and know I can keep going at that spot.”

Following another stellar year in 2013, in which she collected her fifth and sixth All-American honors, Grable headed into her final year with the Razorbacks with goals still to accomplish.

April will also be an exciting time for Grable, who is among the six finalists for the AAI award for the nation’s top senior student-athlete. But she is focused on competition more so than individual awards.

“I think we definitely feel a lot more confident (about the postseason) after (Friday’s) meet,” Grable said. “We've had two 196.5-plus meets, and that's definitely a big confidence booster, and to do it two weeks in a row going into SECs, I think that helps us a lot.”

Though Grables’ career is drawing to a close, she realizes what she has most enjoyed about her time at Arkansas will also come to an end soon.

“Just anything with the girls,” she said. “They're so much fun. They're like my sisters. And especially when we travel, we just have so much fun in the airport and we laugh. It's just a great time.”

Although she knows the final meets of her career will be an emotional moment, it will also be a memorable one as she remains focused on her goals of performing well at the SEC Championships, Regionals and placing highly at the National Championships.

And regardless of the clichés, Grable and the Razorbacks are taking every day and everything one at a time to ensure success this postseason and leave an everlasting mark on the program.

“We’re just going to take every single routine one at a time, every single pass, every handstand, every vault, just every little thing at a time that we need to do to focus on being aggressive and doing what we know how to do,” she said. “We have an amazing team. We just have to put that into the meets.”