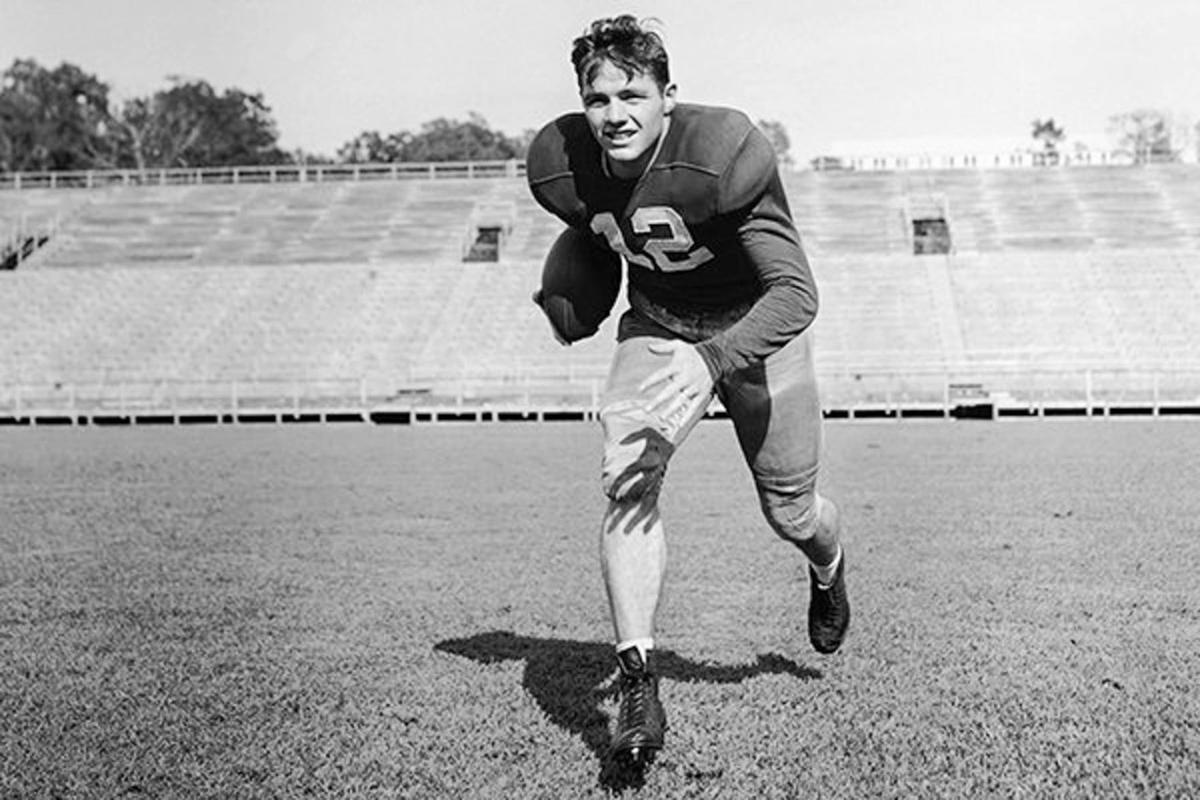 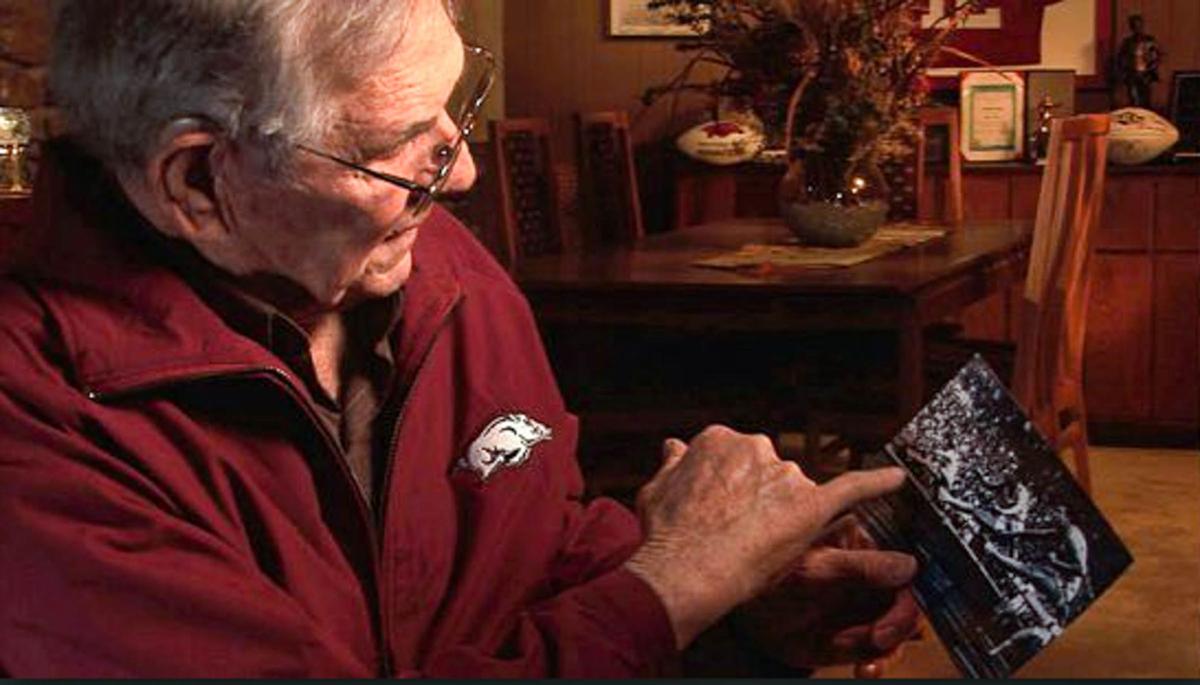 Scott points himself out in a photograph of Olympic hurdlers. He competed in the 1948 Summer Olympics and earned a silver medal.

Scott points himself out in a photograph of Olympic hurdlers. He competed in the 1948 Summer Olympics and earned a silver medal.

The memory of one former Razorback football and track legend could extend as long as the list of accomplishments and accolades he earned during his lifetime.

Scott was born in Smackover, Arkansas, in 1924. The name of his childhood town served as his nickname, as many would call and know him as “Smackover.” Scott grew up with nine siblings: two older and seven younger.

Upon graduating high school, Scott attended the United States Naval Academy in 1943. He was a Midshipman for two years before transferring to the UofA.

Scott played football under coach John Barnhill and had major success as a running back and in the defensive backfield. He rushed for a total of 1,463 yards during his Razorback career from 1946-1948. However, his preeminent accomplishment came in the 1947 Cotton Bowl against LSU.

In this Cotton Bowl, later to be known as “The Ice Bowl” because of the winter weather in which the game was played, neither the Razorbacks nor Tigers had scored the entire game. At one point, however, LSU was one yard shy of a touchdown before Scott shoved running back Jeff Adams out of bounds, stopping the Tigers from scoring.

In the 1948 season, the esteemed back rushed for a total of 670 yards on only 95 carries. Those statistics came out to an average of 7.1 yards per carry.. This legendary act earned Scott All-American recognition.

However, Scott did not stop at football. When he came to the UofA, he told Barnhill he also wanted to play baseball. Though Barnhill said no, he suggested track as another athletic outlet for football star.

Scott began his running career in Smackover, but it was at the UofA that he mastered the art of sprints and hurdles. Scott broke records in sprinting at the university. He self-taught and had no formal coaching previous to college. Scott set a record at UofA in the 100-meter dash at only 9.4 seconds. He also excelled in 110-meter high hurdles. In the NCAA championship, Scott ran a 14-second 110-meter high hurdle.

Scott decided to leave college in 1948, a year before graduating. After his departure, he went on to play in the NFL, and was drafted in the first round as the No. 8 pick by the Philadelphia Eagles. Scott also added one more physical accomplishment that year.

The new NFL running back competed in the 1948 Summer Olympics in the 110-meter hurdles., bringing home a silver medal in the event.

In 1950, Barnhill honored the former Razorback by retiring his jersey. Larry Foley, a UA professor, had the privilege of interviewing Scott, and related Scott’s skill to that of another former Razorback.

After his three seasons playing with the Eagles, Scott played for the Detroit Lions. He played for them only one season before succumbing to a knee injury that ultimately concluded his NFL career in 1953.

Since his retirement from football, Scott became a businessman and returned to his home state of Arkansas. He lived in Little Rock with his wife, Leslie.

Family and friends remembered Scott’s legacy at his funeral in Little Rock on Feb. 2.