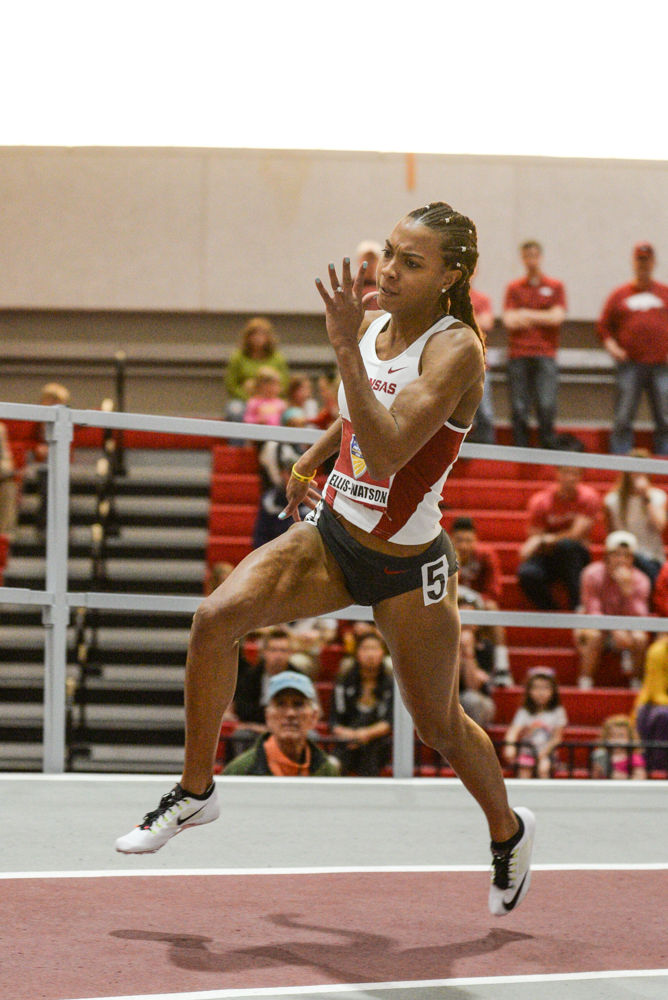 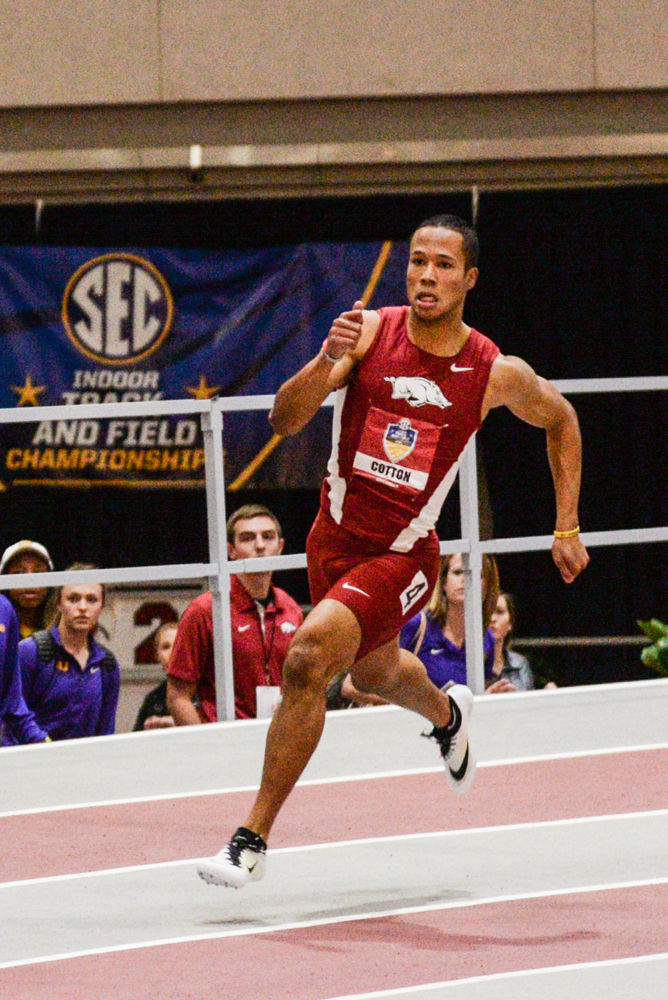 The No. 1 Arkansas men’s and No. 4 women’s track and field teams continued their incredible season at the Randal Tyson Track Center taking home the SEC Championships yet again.

Arkansas scored 109 points on its way to its 21st Southeastern Conference title and its 100th conference title in history during the 2016 SEC Indoor Championships on Friday and Saturday.

“It means everything to us,” men’s head coach Chris Bucknam said. “This is a meet we circle every year. We got the Cross Country Championship in the fall, we got the second-leg of the Triple Crown tonight and we are looking forward to going outdoors to Birmingham and Tuscaloosa and getting that one, too.”

The Razorbacks had multiple athletes finish fourth or higher in events, while the team secured points in all 11 events.

Kenzo Cotton and Jarrion Lawson recorded 11 points for the Hogs for the second-highest point total from an event in the 60-meter dash. Cotton raced to a third-place finish behind a time of 6.63 seconds and Lawson took fourth with a time of 6.68 seconds.

Once again, the Razorbacks dominated the jumping events with first place finishes in each of the three field events.

Ken LeGassey got first place in the high jump in the second straight meet behind a height of 2.19 meters, while Lawson placed won the long jump event with a distance of 8.11 meters. To cap off the trifecta, Clive Pullen took the triple jump with a distance of 16.55 meters.

It was Pullen’s personal record, as the jumps scored 42 points out of the team’s 109 total points.

The women’s team secured its second straight SEC Indoor title on Saturday after dominating the field and winning by a margin of 43 points.

“It was a complete team effort. We came from many different avenues and scoring positions,” women’s head coach Lance Harter said.

Star sprinter Taylor Ellis-Watson placed first in the 400 meter to take the gold medal behind a time of 51.84 seconds and also placed fourth in the 200 meter with a time of 23.10 seconds.

Ellis-Watson has had a strong showing in almost every meet this season and that success could translate to a gold medal at the NCAA Indoor championships.

Payton Stumbaugh led the Razorbacks in the 60-meter hurdles as the only Lady Hog to place in the event behind a third-place finish with a time of 8.15 seconds. She also secured an eighth-place finish in the heptathlon and was a leg of the second place 4x400 meter relay team.

“Lexi is on the national spotlight,” Harter said. “People are just absolutely stunned by what she can do and her twin sister is right behind her.”

Distance runner Regan Ward added another impressive showing to her indoor campaign this season after finishing second in the 5,000-meter with a time of 16:31.12

As a team, Arkansas took home the gold in the distance medley relay with a time of 11:14.46 minutes. Nikki Hiltz ran the 1,200-meter, Leigha Brown ran the 400-meter, Therese Haiss ran the 800-meter and Devin Clark rounded out the group by running the 1,600-meter.

Going into the NCAA Indoors, Harter says he’s looking toward Saturday’s win as a morale boost, as the athletes try to stay healthy.

“We have to stay healthy,” Harter said. “As of right now we have 10 scoring positions, and if we carry the momentum that we gained from this past weekend I think we’re going to have a very exciting performance at the NCAA (Indoor championships).”

Both teams will compete in the NCAA Indoor Championships on March 11-12 in Birmingham, Alabama, at the Birmingham Sports Complex.