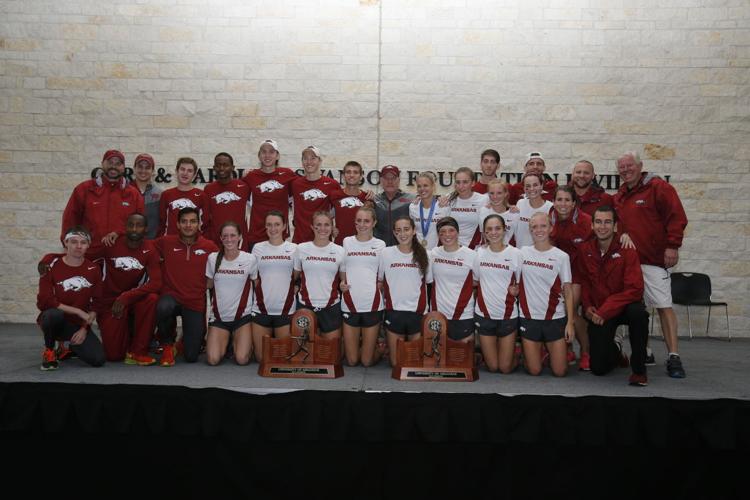 Both Razorback cross country teams pose with the SEC Championship trophies, Oct. 30. This is the men’s 23rd SEC title and the women’s 16th and third-consecutive. 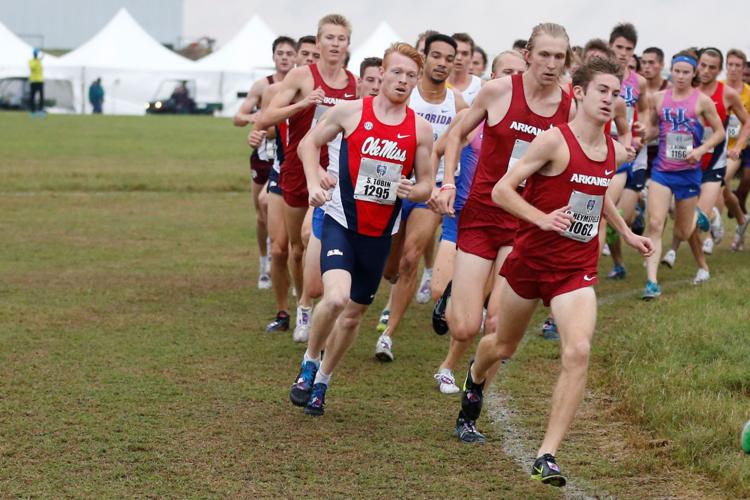 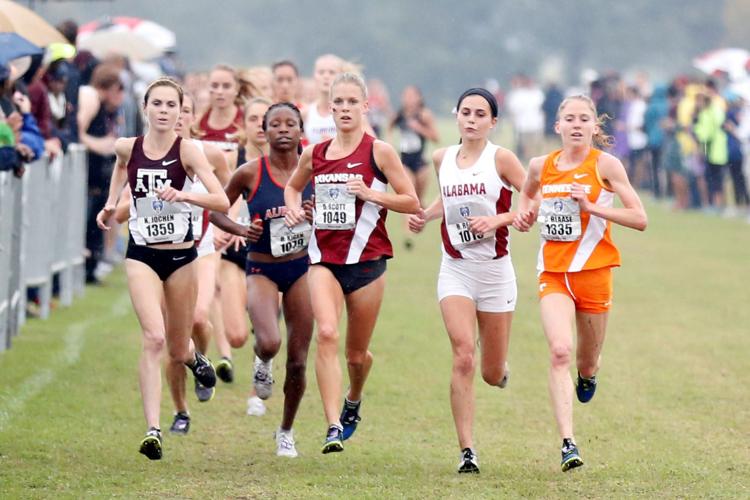 Both Razorback cross country teams pose with the SEC Championship trophies, Oct. 30. This is the men’s 23rd SEC title and the women’s 16th and third-consecutive.

The men’s team, which is ranked No. 8 in the country, dominated the rest of the SEC in the race at the Dale Watts Cross Country Course in College Station, Texas. The Razorbacks started the race in the lead and finished just 10 points shy of a perfect score. This year’s conference title marks the sixth straight SEC championship for Razorback head coach Chris Bucknam.

The junior was not the only Hog to set a personal record. Junior Frankline Tonui recorded a 23:35 time in his third-place finish, and sophomore Alex George placed fifth with a time of 23:36.

The No. 4 women’s cross country team achieved the same feat in College Station behind two-time All-American, Dominique Scott. This year’s championship raises the number of conference titles to 16 since the university joined the SEC in 1991.

Scott, who is known as one of the top collegiate runners in the country, captured her third straight individual victory. This placed Scott in some elite company. Only two other SEC cross country runners have won three consecutive individual victories. The redshirt senior ran the 6K with a time of 19:23, which was one second short of her personal best.

Redshirt senior Kaitlin Flattmann finished sixth overall with a personal record of 20 minutes. Freshman Devin Clark looked like a seasoned veteran, and she placed eighth with an impressive 20:12 finish.

Scott and Flattmann performed well enough to earn first-team All-SEC honors, and four Razorbacks ran their way to a second-team All-SEC selection. Clark, Reina and Ward were among UA runners who earned the placement, and they were joined by sophomore Kelsey Schrader, who finished in 13th place with a time of 20:21, just milliseconds behind Ward. Clark and freshman runner Sydney Brown earned a spot on the SEC All-Freshman Team.

The Razorback men’s and women’s cross country teams will look to defend their titles in two weeks when they return to College Station for the NCAA South Central Region Championships. The events will take place Nov. 13.